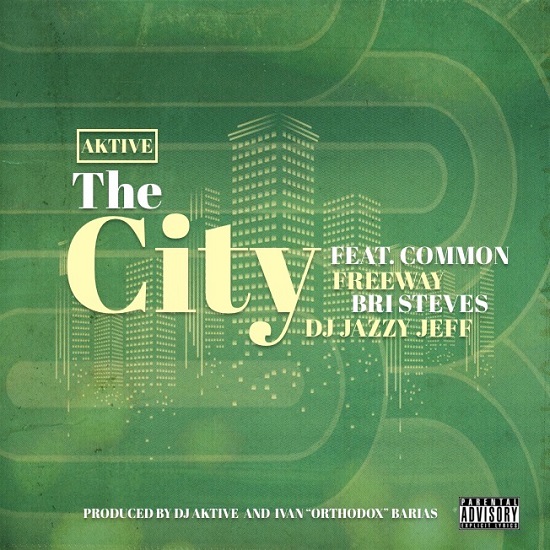 DJ Aktive is world renowned for his dynamic skills on the ones and twos. And while most may recognize him from his touring gigs with megastars like Janet Jackson, he's also been known to bring some heat to the studio as well. After teasing us in 2018 with leaks like "It Is What It Is," "Cut It Up" and "90's Love," we're geeked that his long-awaited album The Tour will finally see the light of day on July 5th. In celebration, the Philly turntablist has dropped a new single called "The City."

Featuring Common, DJ Jazzy Jeff, Freeway and Bri Steves, the track is a cold headnodder, harkening back to late '80s/early '90s hip-hop. Produced by Aktive and Ivan "Orthodox" Barias, "The City" could very well have been subtitled "Hometown Love." With Common being the exception (reppin' for the Chi, as always), everyone else (Barias included) is 100% Grade A Illadelphian. While Jeff and Aktive collaborate on an infectious soundtrack, the three rappers take turns holding our attention with their narrative rhymes.

Take "The City" for a spin and follow DJ Aktive on Twitter and Instagram for updates on his busy summer schedule. Aktive will embark on a mini tour for the last two weeks of June before The Tour drops on July 5th.