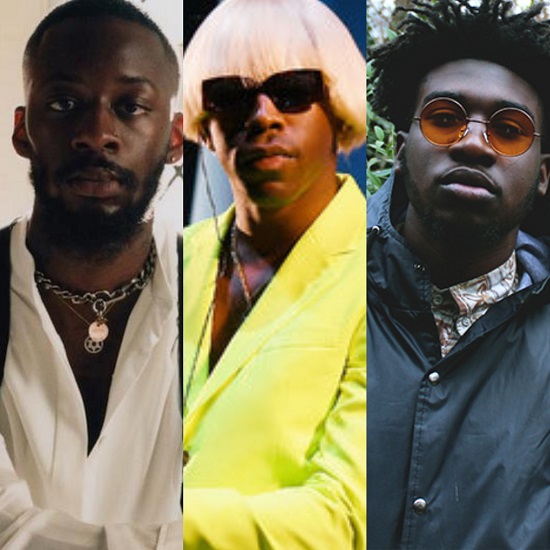 We're just under a week away from the release of GoldLink's upcoming album Diaspora. The Washington, DC native has been dropping gem after gem from the anticipated collection, including the Afrobeat-influenced "Zulu Screams" and the reggae-tinged "Joke Ting." With such a diverse sound selection, we're anxious to hear what the entire album will sound like, though we get yet another clue with the release of his latest track "U Say."

For "U Say," GoldLink slows things down a bit while dipping his toe in a little bit of tropicalia. The song's shuffling percussion — evoking a bit of Brazillian rhythm alongside smooth chords on the keys — is the definition of cool. It's made even more so by the laid-back approach the rapper takes on the verse as he flirts with a pretty young thing. "Push out your back, put your butt in it / Wanna love ya but I do not wanna commit," he rhymes in his signature sing-song style, though he's much more subdued along with the song's rhythm. Meanwhile, Jay Prince handles the chorus as GoldLink adlibs, asking why we would waste time when we know what we want. Rounding things out is Tyler, the Creator whose gruff voice rides along the song's bass line like it was made especially for him. After he has his say, the song gives the listener what they didn't know they wanted, which is the song's intoxicating groove riding out for over a minute while you nod your head along.

GoldLink has yet to disappoint from what we've heard so far. In fact, Diaspora just might be an album of the summer contender (in fact, we're pretty certain of it). Of course, that will better be determined when the full set arrives on June 12th. Until then, ride out to "U Say" right here.