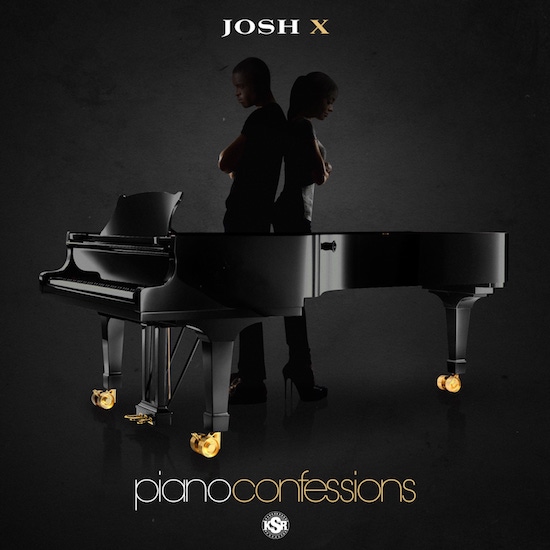 Josh Xantus first appeared on our radar back in 2012 with the single "Love Games" featuring Jadakiss. In the many years since that release, the singer/songwriter/producer/musician has shortened his name to Josh X; collaborated with hip-hop heavyweights including Lil Wayne, Rick Ross, Swizz Beatz and Cardi B and even gotten a co-sign from Stevie Wonder. He's done quite well for himself and continues to let his music do the talking with his most recent project, the EP Piano Confessions.

On Piano Confessions, Josh X strips things down to simply his vocals and piano playing taking center stage. He opens the set with the apologetic love song "Fairy Tales." It's a beautiful and heartfelt introduction before he gets a little gully on "Two Women" as he sings about falling in love – but more like lust – with two women. He reflects on his life on the very personal "Love Monster" before delivering the introspective ballads "Walk Away" and "Nothing Lasts Forever." The 5-song EP was recorded live, and it is said to be the first in a series of live recordings coming from his direction. Even more impressive is that many of the songs were recorded in one take, which is light work for this talented artist.

Get into Josh X's Piano Confessions and see what he can do with just some keys, a microphone and a little introspection.