Michael Kiwanuka & Tom Misch Are In It For The ‘Money’ 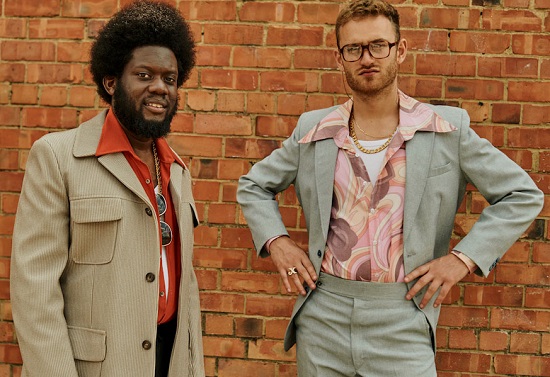 Say what you want about the 1970s (which definitely had its share of questionable moments), but you can't deny the long-lasting effect the "Me" decade had on the world. That's especially true of music, as it produced two of the most influential musical genres ever — disco and funk — that would go on to inspire future generations well after it came to a close. In fact, you can look no further than Michael Kiwanuka and Tom Misch's collaborative effort "Money" to see what we're talking about.

"Money" finds the two recreating the distinctive sounds of disco to great effect. Tom's production gets just about everything right about the feel — including a bass line that's thicker than a milkshake; jangly, party-ready rhythm guitar licks and even a few strings that make the track feel like it stepped right out of 1979. Michael also channels the sound of the era, offering a simple, clear vocal on the verse and taking it up a notch to falsetto highs by the time the chorus settles in (and if you listen closely, you'll also hear singer-songwriter YEBBA throwing in an assist on backing vocals). The song's concept is just as timeless as well. "The premise of 'Money' is that, at first listen, it’s a song about money and how much I want it and love it," Michael said of the song. "I want to use money to meet people and be around people that have a lot of it. But as you listen closer, it’s actually about how too much love for money can be dangerous."

There's no sign that "Money" is more than a one-off collaboration between Michael Kiwanuka and Tom Misch, but, based on their chemistry, it really shouldn't be. See what we mean by spending some of your time with "Money" and then possibly spending some of your coin on it, too, at your favorite digital retailer.