PJ Goes Acoustic For A Rendition Of ‘One Missed Call’ 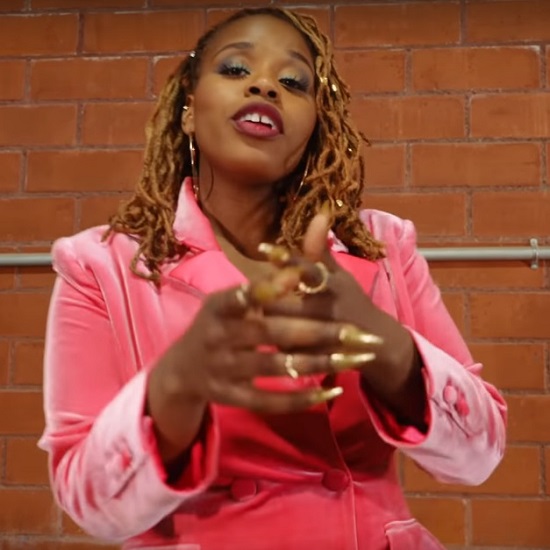 We already knew PJ's name before she dropped her Stevie Wonder-sampling "One Missed Call." However, the bold choice to sample one of the legendary Mr. Wonder's best-known songs ("All I Do," for those who didn't pick that up) immediately perked up our ears. Luckily, she did him justice and put her own sassy spin on things as she addressed a man whom she discovers is stepping out on her. PJ further proves that the song is strong with or without the recognizable sample with a recently released acoustic showing of the track.

Dressed in pink velvet, the singer stands in front of a brick wall as the camera pans in on her face and she delivers a subdued performance of the track. Interestingly, the familiar melody takes on a different quality when played on an acoustic guitar, almost making it not seem like the sample we originally heard. PJ makes sure Wonder's inspiration is heard, though, breaking into a few bars of "All I Do" before things are over. The most important aspect of this acoustic video, however, is that it shows off a bit of PJ's bubbly personality. Though the song is about a cheating lover, she smiles throughout and even flashes one final toothy grin before the video cuts off. How can you not love her?

She might be singing about being down and out over a deceitful love, but watching PJ perform the track will probably be the highlight of your day. Check her out doing her thing when you press play.