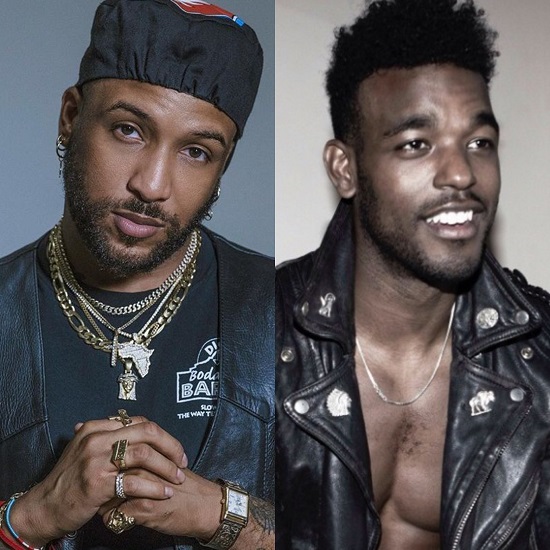 If you, like us, are fans of singers Ro James and Luke James then you might have also been wondering when the two friends and R&B peers would finally come together on the collaboration tip. Well, you can stop praying now because, much to our delight, the two sexy fellas have finally joined forces to bring us "Magic."

The fellas unite over a Nez & Rio beat that bumps with the urgency of a late '90s bedroom-ready cut with 808s and kick drums made specifically to make your speakers knock. The rest of the music consists of smoothed-out synths that create a simple melody. Despite the romantic sound of things, though, the song mainly focuses on Ro and Luke trying to live their best, stress-free lives with a little bit of smoke. In fact, they don't want you coming around to mess up their good vibes. "Please don't stress me, mama," Ro sings on the chorus. "Don't come by to bring down my high." It's a surprising stance from singers who have built their careers on making jams for the fairer sex — but once you hear just how smoothly this joint is going, you'll understand why they want to keep the party going as is.

According to Ro, this one is an idea that they once opted to keep to themselves and, admittedly, it does feel a little unfinished. However, if this is just an idea that they were playing around with, can you imagine what a finished and mastered Ro James/Luke James collaboration would sound like? We'll allow you to let your imagination run free while you get a sample of the "Magic" they could create together by pressing play below.