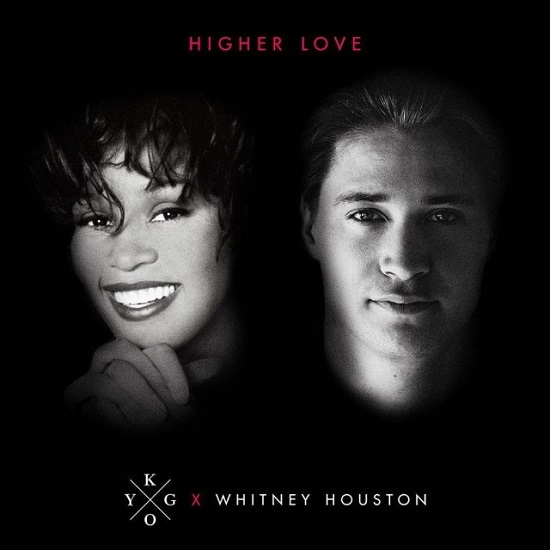 Forever we love Whitney Elizabeth Houston. This year marks seven years since the untimely passing of the beloved superstar, who would've been celebrating her 56th birthday in August. While we're sad she's no longer with us, the singer has left us with a rich musical legacy to remember her by — including a few unexpected lost gems like a newly released cover of Steve Winwood's hit "Higher Love" retooled into a collaboration with Norwegian DJ/producer Kygo.

Whitney's cover of "Higher Love" was originally recorded in 1990 and meant to be included on I'm Your Baby Tonight. However, because her record company and mentor Clive Davis didn't want her to be a cover artist at the time, the tune was relegated to only appearing as a bonus track on the album's Japanese release. This relegated the song to be a rarity in the singer's decades-long catalog. Being that Kygo is known for his forays into EDM, especially tropical house, this new take on the track, of course, leans in the direction. Snaps, piano and warm, vibrant synths breath modern life into the cover that take it beyond the 1986 original. And then, of course, you have The Voice. Whitney had an ability to make any song her own and she accomplished that once again, making the song pop perfection with her crystal clear, unfaltering delivery and lending a gospel feel to it with the inclusion of a full choir.

"Higher Love" is just the first step in the estate's attempt at a Whitney Houston resurgence. In the near future, there will be a full album of unreleased original material as well as a hologram tour. "The current cultural environment has been thirsty for something uplifting and inspiring,” Pat Houston, the executor of Whitney's estate, told Rolling Stone. "Who better to inspire than Whitney, the most exhilarating vocalist of all time?"