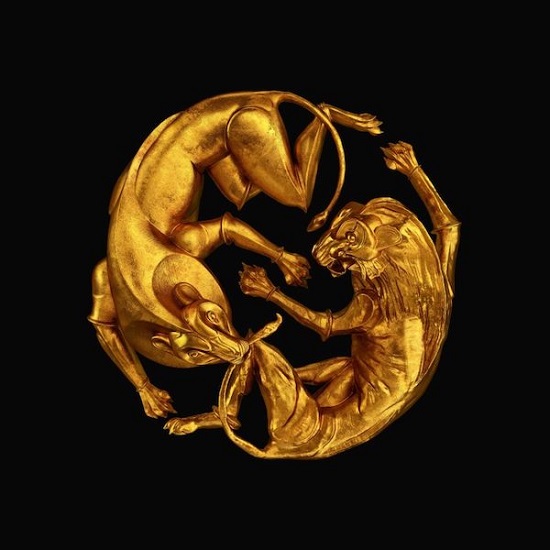 Last year's Black Panther soundtrack had a unique opportunity to combine American hip-hop with the sounds of artists across the African diaspora. While there were definitely a couple moments where this happened, though, the soundtrack ultimately just ended up being a showcase for TDE's roster of artists. Beyoncé's involvement with Disney's The Lion King remake has led to yet another opportunity to marry American and African music and musicians in the name of a Disney franchise. With The Lion King: The Gift, the attempt is much more successful.

Beyoncé has crafted her own tribute to the African diaspora, taking North American artists and pairing them with artists from across the African continent. The result is an imaginative vision that we must admit is pretty listenable. While this may be a Beyoncé album (in the way that the soundtrack to The Bodyguard is a Whitney Houston album), she's not afraid to share the spotlight. To that effect, she invites co-star Donald Glover (utilizing his Childish Gambino moniker), Kendrick Lamar, hubby JAY-Z, Tierra Whack and other American artists to party to craft a few songs inspired by the Motherland. More importantly, she offers a platform for the African artists featured (including Tekno, Shatta Wale, WizKid, Tiwa Savage and others) to shine on. Some of the best moments ("Don't Jealous Me," Burna Boy's "Ja Ara E," "Keys To The Kingdom") feature no involvement from Bey at all. But don't think the queen isn't going to show you why she reigns when her name is attached to a project. Several tracks feature Beyoncé on the solo tip and one in particular ("Find Your Way Back") is a definite smash that needs to be a single like yesterday.

While "Spirit" will probably be the song that gets the biggest push here (it is Oscar-bait, after all), The Lion King: The Gift shouldn't be dismissed as just a companion album to The Lion King. Ultimately, it's a celebration of the diaspora and all its rich musical gifts.