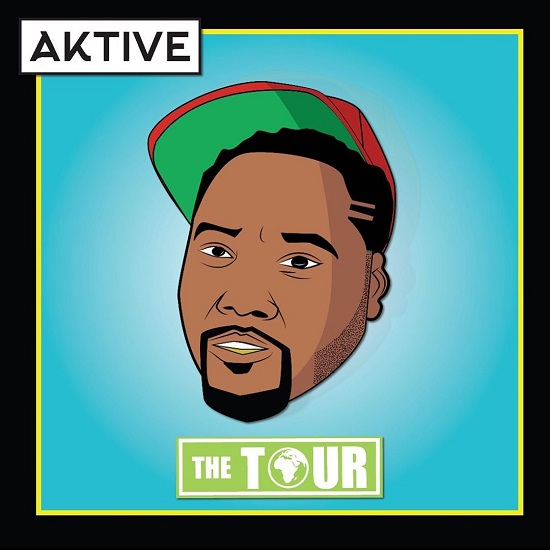 He might be best known currently for making the 1s and 2s spin for Janet Jackson, but Philly native DJ Aktive made a name for himself as the touring DJ for many of your favorite acts — including Common, Marsha Ambrosius, Diddy and a who's who of others. So it's understandable to surmise that the in-demand DJ has a pretty good ear when it comes to this music thing. He puts that to the test with the arrival of his first-ever album The Tour.

While The Tour definitely pays homage to Aktive's busy life on tour (which includes features from acts he's supported such Common, Marsha and Musiq Soulchild), it's also a tribute to his Philadelphia roots. To pull that off, the DJ has curated an amazing roster of Philly talent to help him out. This is especially true of hip-hop, which gets the strongest representation here thanks to tracks reminiscent of the genre's classic era production and features from Philly's finest like Beanie Sigel, Freeway, DJ Jazzy Jeff, Ms. Jade, Peedi Crakk, Young Chris and many, many more. Don't worry, though, R&B also gets plenty of love, with features from Estelle ("Right Here"), Brave Williams ("Repeat") and Raw Beauty ("Pheels Like Home") to make sure that the set has soul in spades.

There's no doubt that DJ Aktive's ear is impeccable. And judging by The Tour, so is his ability to bring artists together to form one cohesive body of work. Stream The Tour in full below via Spotify and make sure to purchase the project from your favorite digital retailer.