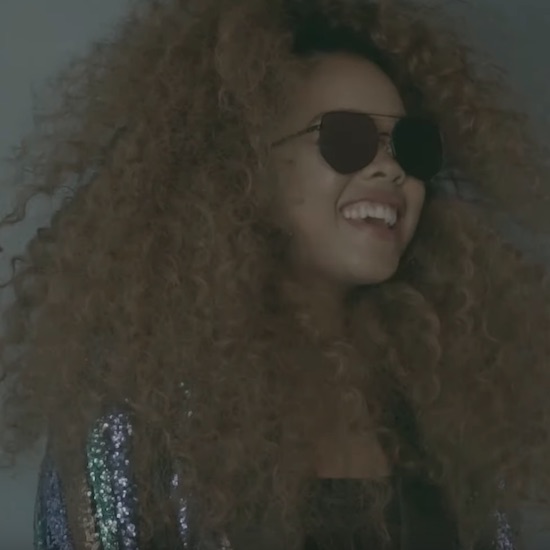 For some, 21 is more than just the year you stop using a fake I.D. If you’re like H.E.R., it’s a true coming of age where you realize many things about yourself and start to light the world on fire. Now actually 22, the star is reflecting back on her whirlwind year and career by showing us where she was, where she’s been and where she’s going on the new track “21.”

“I wrote this song when I turned 21,” H.E.R. told Rolling Stone. “It was one of the best years of my life! I’m experiencing all the things I prayed for as a kid and more. The scary part is, it’s just the beginning.”

Instead of her usual melodic vocals, Gabi instead gives us a sing-song rap flow similar to Ms. Lauryn Hill, against finger snaps and acoustic guitar to share the trials, tribulations and, of course, celebration of coming of age. “Now that we number one, I gotta run, the deal is done / I don't need no sleep, I've been at it over a week / Can't work as hard as me but wanna eat / Can't cheat the grind,” she spits, letting folks that this life might not be a crystal stair, but she built it herself.

In addition to the new track, she has also shared a new video. Documented by Shane Adams, the clip follows H.E.R.'s journey to stardom. It starts with her being surprised by family and friends on her birthday then transitions to behind-the-scenes footage with her entourage on tour, at the GRAMMY’s, on vacation and just living her best life.

“21” follows up H.E.R.’s previous single, “Racks” featuring YBN Cordae. Hopefully, what follows will a proper album. But given how much success H.E.R. has achieved without one, we'll let her cook until her next birthday.