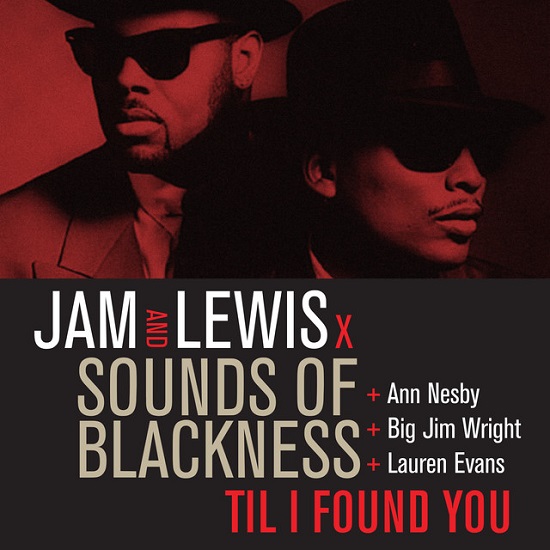 James "Jimmy Jam" Harris and Terry Lewis are firmly cemented in the top tier of successful songwriting/production teams. In fact, one could argue (with receipts in tow) that they've earned GOAT status. With almost four decades in the music biz, you'd think this dynamic duo has already done it all; particularly when you consider their work with icons like Prince, Michael Jackson, Janet Jackson, Mariah Carey, Boyz II Men and New Edition. But this fall, the Minneapolis-bred hitmakers will attempt something they've never done before – their first ever compilation record, appropriately titled, Jam & Lewis: VOLUME ONE.

Although details are scarce, we do know that the milestone project has been in the works for quite some time and will feature all original songs. In anticipation of the upcoming release, Jam & Lewis chose a special song and an extraordinary group of people for the lead single. Back in 1991, Minneapolis' premiere gospel/R&B ensemble Sounds of Blackness was the very first act signed to Jimmy and Terry's emerging record label, Perspective. Now, some 30 years later, the GRAMMY-winning group is reunited with former member Ann Nesby for the soul-stirring bop "Til I Found You." In addition to delivering a groovy dose of inspiration and highlighting the signature sound/style of the Flyte Time duo, the song features the late Big Jim Wright (who also worked closely with Sounds of Blackness) and singer-songwriter Lauren Evans.

In a press statement, Jam expounded on the significance of choosing Sounds of Blackness for the album's first preview, saying the group "will always hold a special place in our hearts because they were the first act we signed to our original record label. We felt it was only right for this single with them to introduce our compilation album." Lewis echoed the sentiment by adding, "It felt great to be back in the studio with Sounds of Blackness and create new music we’re really proud of. The track definitely sets the tone for the album. We can’t wait for our fans to hear what’s next."

Stream "Til I Found You" below, then check your favorite digital outlet to add the uplifting single to your playlist. While we wait for more details on Jam & Lewis: VOLUME ONE, follow Jimmy Jam and Terry Lewis on Instagram for updates.