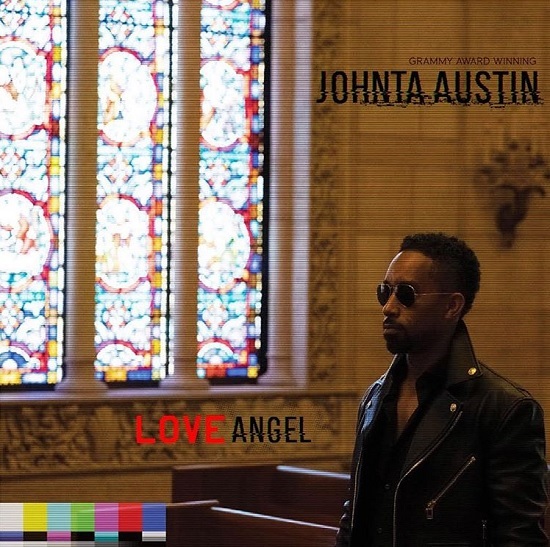 It's been a long time coming, but singer-songwriter Johnta Austin is finally going to bless us with his long-awaited debut album. If you're wondering why you've heard that name before, it's because Johnta has been the pen behind some of the biggest hits from artists such as Mariah Carey, Tyrese, Monica, Janet Jackson and a host of others. But beyond his pen game, Johnta is an accomplished artist in his own right and he's out to prove that with his upcoming album Love, Sex & Religion and its lead single "Love Angel."

"Love Angel" has a vibe and sound similar to songs he's crafted for others. It begins with a two-step worthy shuffle that's heavy on the kick drum. Chords and his voice soon follow as he sings of a lover whose perfect ways have him thinking she's sent straight from heaven. "Look what you doin' / Girl, you drive me crazy / You're so provocative / But I can't turn away," he sings on the opening verse. While comparison of love to a drug and a religion might be slightly controversial, Johnta works the metaphor skillfully — which is what we'd expect from a seasoned songwriter of his caliber.

"When you see the line 'Your love is my religion,' some people may call it sacrilegious. But for those of us who believe that we're created in the higher power's image, your significant other can be a representation of the creator themselves," he told Billboard. "It's like you're looking at a creation of God. You should never be ashamed of whatever that love — as long as it's pure and doesn't hurt anyone — represents for you."

There's sure to be more views on love to be found on Love, Sex & Religion. And, in fact, we'll get to hear them sooner rather than later as the album is set for release this Friday, August 2nd. Check out "Love Angel" below and prepare yourself for Johnta Austin's long-overdue official debut.