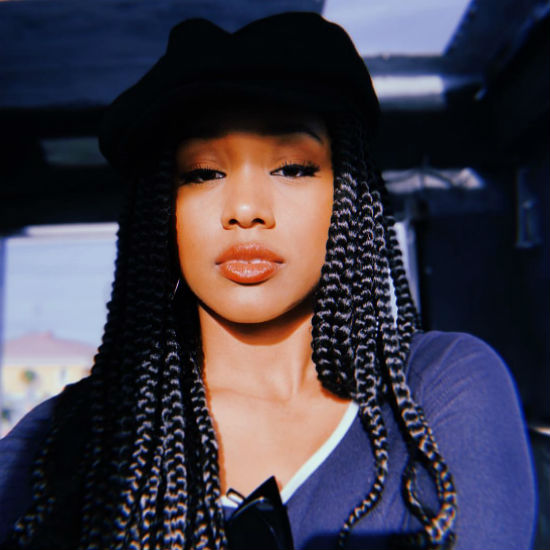 We all have that one person. Whether you ride past what used to be your favorite spot, hear the song the two of you used to sing to each other or you catch a whiff of a scent that triggers a cherished memory, we all have that one person who seems to enter your mind at the most random times. For her latest single “Randomly,” singer/songwriter/actress Katlyn Nichol tells the tale of a past love that still consumes her thoughts. Backed by haunting vocal arrangements, her gorgeous tone is full of both desire and desperation as she confesses, “I got business to handle / But instead I’m sitting here thinking about you / Ooh, I’m reminiscing over what we had.” What starts as a mellow groove slowly builds in intensity, mimicking the feeling when you just can’t shake a love that still lingers.

Despite the dark and moody mood of the single, the North Carolina-native pursued a lighter, and at times comical, approach for the accompanying visual. Directed by B.Slade (who also co-produced and co-wrote the track), the short film is a condensed nod to John Singleton’s 1993 film Poetic Justice. The portrayal pays careful attention to the details that made the original a cult classic, from Janet Jackson’s box braids to Joe Torry’s character Chicago constantly brushing his “weak ass fade.” Viewers of a certain age will appreciate the nostalgia, as well as the dedication to the legendary director at the end.

Watch Katlyn Nichols’ “Randomly” video below and see if it doesn’t stir up a few memories of your own. Follow the rising star who can currently be seen on BET’s American Soul on Facebook, Twitter and Instagram.