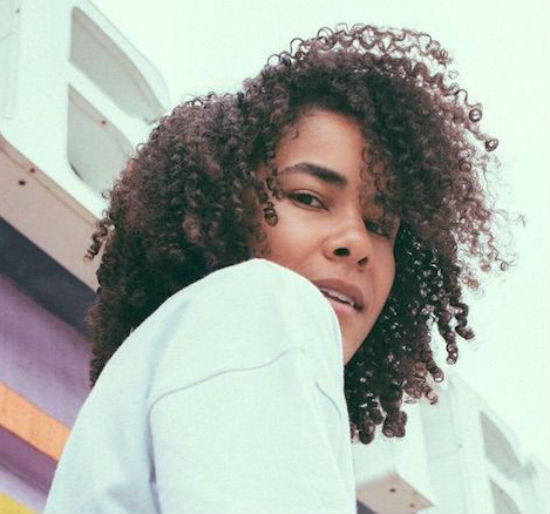 Singer/songwriter/guitarist Malia returns with the sultry, soulful single “Play Sides.” The soothing groove showcases the relaxed vibe that prompted us to deem her Bounce-Worthy back in 2014 upon the release of her self-titled debut EP and tells the tale of an unshakeable bond between two people. Over the dreamy track fit for a body roll, the Soulection-approved songbird sings, “Can’t leave you if I tried / Please don’t tell me lies / Even when we fight, we’ll always be tight.” She says the song is about “having someone you have a connection or bond with, who speaks the same language as you and doesn't trip about much. It's just a cool connection where two people really 'get' and understand each other."

“Play Sides” is the second single from her upcoming project and follows the lead track "Sweetwater," which was released at the end of last year. Both singles capitalize on the buzz created by her 2017 EP Late Bloomer, which earned her a spot on Live Nation’s Ones to Watch radar. Though it seems she has progressively expanded her once largely acoustic sound to a more broad tone, her evolution feels natural as she has managed to maintain the mellow and minimalist energy we’ve come to love her for.

Give Malia’s “Play Sides” a spin below, and be sure to add it to your summertime playlist from your favorite digital platform. While there’s no word on a release date for her as-yet-untitled forthcoming project, she’s given us plenty to ride out to in the meantime. Follow her on Facebook, Twitter and Instagram and head to her website to check out her full discography.


TAGS:  audio, Malia
Previous: DJ Aktive Puts On For His City With A Few Talented Friends On ‘The Tour’ Next: Esperanza Spalding Wants Us To ‘Move Many (joints)’ Freely