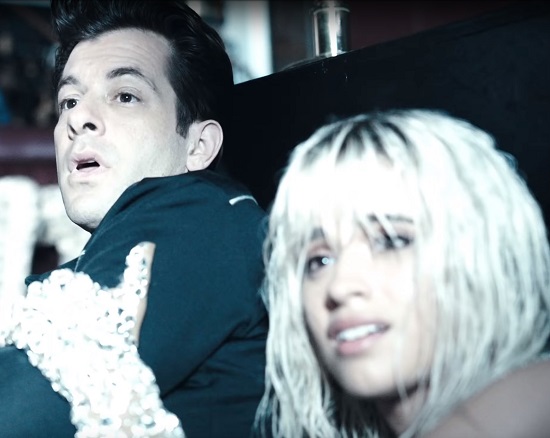 Mark Ronson worked his studio magic once again to create his fifth album Late Night Feelings. So far, the female-led project has churned out several amazing singles and some memorable visuals as well. His latest single "Find U Again" follows suit, serving up a catchy melody sung/co-written by Camila Cabello over a shimmery pop arrangement co-produced by Kevin Parker (of Tame Impala). Meanwhile, the song's video is a stylish adventure fit for the big screen.

Directed by Bradley & Pablo, the short film draws inspiration from grindhouse and neo-noir auteurs like Quentin Tarantino, Robert Rodriguez and Frank Miller (think Sin City and Kill Bill). Somewhere in the desert, a runway-ready group of assassins-for-hire sets out to quench their bloodthirst and make some extra cash by collecting the bounty on Ms. Cabello's cabeza. We're not sure why someone wants the "Havana" singer dead, but all roads lead to her current location at Club Heartbreak (a clever shout out to the playlist and global parties of the same name). Ronson is the first bounty hunter to arrive on the scene. But instead of completing the mission, he becomes enamored with his alluring target. While we were secretly hoping for a last-minute plot twist (it would've been a boss move if she pulled a gun on him after he saved her) we give this cinematic caper two thumbs up.

Scroll down to watch all hell break loose on "Find U Again" and scoop up a copy of Late Night Feelings if it's not already in your playlist.