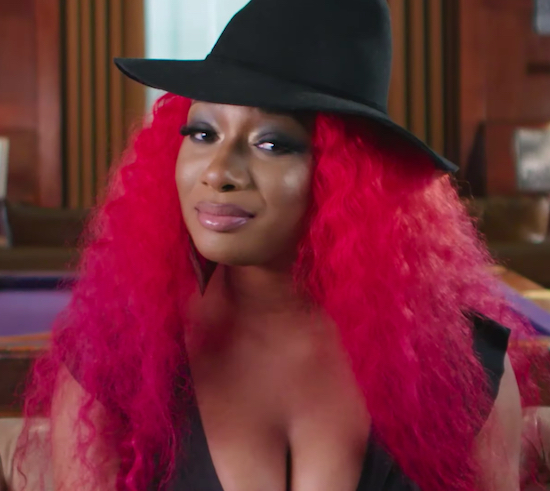 Rapper Megan Thee Stallion has been riding high these days as her star continues to rise since the release of her debut full-length mixtape, Fever, back in May. The H-Town native has also caught the attention of ELLE, which recently sat down with her to play a game of "Song Association" and it proved that while singing may not be her strong suit, her charismatic energy is more than enough to make her a winner any day.

For the popular online segment, ELLE throws out a random word to Megan to which she is expected to respond with a song lyric that she associates with said word. Naturally, several of the words inspired the self-proclaimed H-Town Hottie to give the cameras a taste of her own music when words like "snow" led her to quote her popular single "Big Ole Freak" and "hot" led to her reciting a line from "Hot Girls." Unsurprisingly, "Texas" found her digging no further than her own "Last Week in HTx."

Her own catalog wasn't the only thing in Thee Stallion's musical repertoire during the quick-fire game. Gucci Mane, Yo Gotti, Wale and Styles P also got some shine from the rapper. She also went on to showcase that rap lyrics weren't the only things she was holding in her bag. Megan tried her hand at a couple of R&B numbers when the word "work" led her to take on Rihanna's hit of the same name before diving into Beyoncé's "Single Ladies" and "Crazy in Love."

Despite prefacing herself with the disclaimer that she could not sing, it seems that Megan Thee Stallion may have some more tricks up her sleeve. Over the weekend, she hinted that fans may be able to hear more of her singing in the future after tweeting, "I have a bunch of songs where I’m just singing I haven’t released... I think I wanna drop a lil r&b tape." Whether or not these songs will ever actually see the light of day, her infectious laugh and magnetic personality have us patiently waiting for whatever else this sista is ready to throw our way. Check out Megan's turn at ELLE's "Song Association" game and see how she fared under pressure.