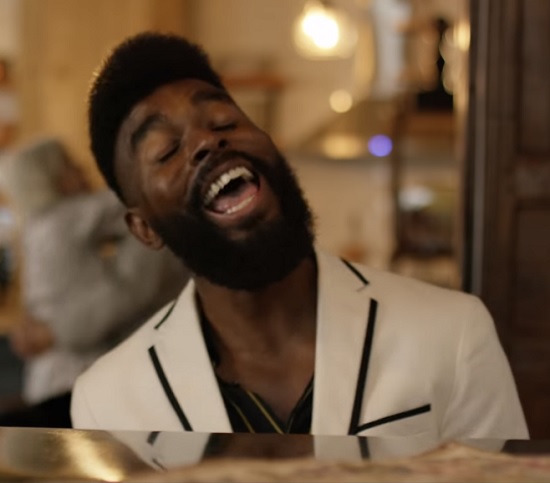 Every relationship goes through ebbs and flows. But sometimes the only way to rekindle that old flame is to try something new. It’s this relationship quagmire that Ollie Gabriel, a contestant on NBC’s Songland, contemplates in his latest song. On the season premiere of the songwriters' competition series, Gabriel teamed up with GRAMMY-winning songwriter Ester Dean to create the throwback ballad "Something New." While the track wasn’t chosen as a winner by John Legend, it still ended up in the top three of the episode and deserves a listen by hearts young and old.

"I still got that old kind of loving / The kind that don’t leave / That don’t bend / That don’t break," boasts Gabriel over a classic, '60s-esque orchestral production of strings, horns, keys and more. But it is at the bridge where the message really comes home, with him singing, "Try something new for a change." The singer wants to go back to a time, probably before most courtship took place via the internet, to slow things down a bit and build something strong that will last a lifetime. In addition to the song, there’s also a video for the track. The clip features an older man and woman slow dancing in their living room. Meanwhile, Gabriel serenades the couple at the piano. While it seems a bit odd that a random black man is playing piano in their home while they share this intimate moment, the trio makes the scenario work.

"Something New" will be featured on Ollie Gabriel’s upcoming EP The Good Fight, which is due for release August 2nd. Hit play below and let us know if Ollie’s got that something something you’ve been looking for.