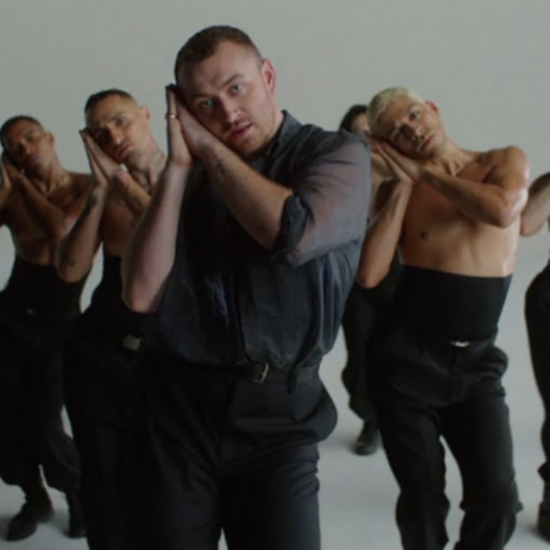 Once again, Sam Smith is feeling some kind of way about a lover who doesn’t appreciate him. However, while he’s still singing another sad love song, he’s got a new groove to go along with it. Earlier this year, the artist released the Normani duet “Dancing With a Stranger,” and apparently he’s not done dancing. While the subject matter of his new single “How Do You Sleep?” is about a relationship gone bad, he’s trying to move on. Sam worked with Max Martin, Savan Kotecha and ILYA to create the track and stated via press release, “This year, both personally and musically, I feel so free. More than ever I have had so much fun making this record and this video. Time to dance, darlings.”

“I’m done hating myself for feeling / I’m done crying myself awake,” he sings in the track's first verse. However, once the synths kick in its apparent this track ain’t about lying down but standing up for yourself. Instead, he’s questioning how can his lover feel so content after doing him so wrong. And a part of him, seeing him so indifferent and carefree, wants to stay with said lover.

In the video for the song, Sam shows us just how he moves on with a whimsical visual full of 8-counts, 2-steps and BMX bikes. Directed by Grant Singer, the video shows singer putting some pep in his step, despite the anguish he’s feeling. It starts with Sam sitting sunk down in a folding chair on the video set, the staff talking about what they’re going to do get him to start moving. Finally, a burly guy pulls him away from the chair and into a dark room where Smith finally comes alive. Meanwhile, we also get vignettes of Smith dancing with a troupe of male dancers. As the clip goes on, you start to see Sam rediscovering himself through dance.

“How Do You Sleep?” is more than just another video for Sam Smith, but it an expression of his growth. He’s no longer that guy singing about sleeping around with a married man or getting into relationships that are doomed from the start. Instead, he’s taking control. He’s not foolish enough to believe there won’t be bad times that will challenge him, but he’s empowered to face the trauma and love himself.