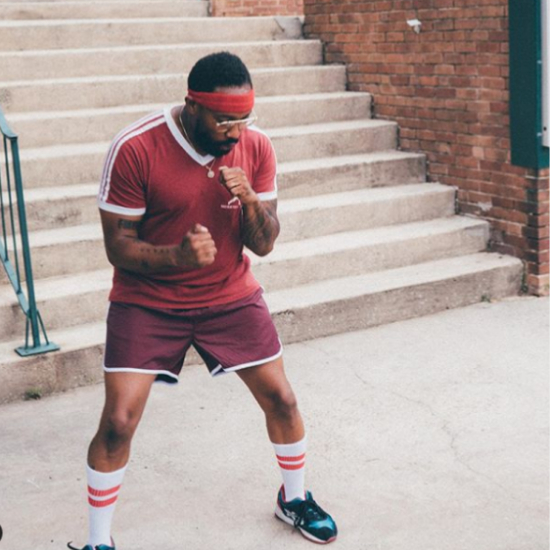 Merely a week has passed since we first got wind of PJ Morton's plans to drop a new album titled PAUL. In that short amount of time, our boy has been quite busy. Never mind the fact that he recorded a live album at the top of the month AND his Summer Tour is currently in full swing. The Live Show Killer has revealed the official release date for PAUL – August 9th – as well as the album's cover art and tracklist, which highlights a diverse, impressive lineup of guest features.

We've already fallen hard for "Yearning for Your Love" and JoJo collaboration "Say So," but with vocal powerhouse Jazmine Sullivan, provacative wordsmiths Rapsody and Tobe Nwigwe, and empowermenteur Angela Rye added to the mix, it's looking like we're gonna have a tough time picking a favorite. We ain't mad, though. Especially since Mr. Morton has just given us a third preview of PAUL with his new single and video "READY."

The album opener is a tasty slow jam about new relationships and trusting in love. It's got an old school R&B vibe with a funky bass line, a touch of trap and some NOLA Bounce for good measure. PJ uses his smooth vocals to wax romantic as he sings, "Girl I don't wanna play around anymore / I know there's no one else for me, that's for sure / Baby won't you try me / Please just don't deny me/I'm putting the ball in your court / We can do what you want, girl / If you're ready."

Mr. Morton clearly has love on the brain, and we were all set to feel the warm fuzzies for the visuals. But he and director Nathan Corrona had something different in mind, and the end result is hilarious. "With this video I just wanted to have a good time. It’s a feel good song you can dance to. So, I wanted the video to feel fun and light. We were inspired by some vintage workout videos." We won't give anything away, just trust us when we say PJ has been "training" for this moment for quite some time and it's must see TV.

Stream and view "READY" below, check the official track list for PAUL, and pre-order the album ahead of its August 9th release date.