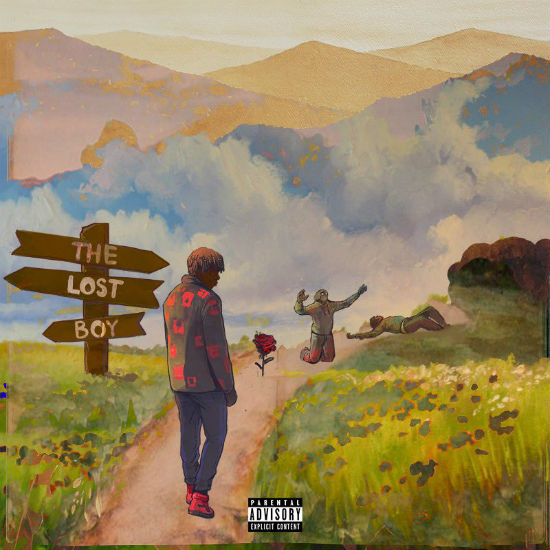 Rapper YBN Cordae created quite a buzz when he released his track "Old N****s" in response the J. Cole’s "1985" from his 2018 KOD album. Cole threw numerous jabs at this new generation of hip-hop, to which Cordae countered with equally powerful verbal blows, citing the commonalities and attempting to bridge the gap, despite the track’s snarky title. His effort not only hinted at his lyrical ability but has seemingly bridged rap’s generational disconnect, as his recent major label debut features notable upperclassmen, such as Pusha-T, Meek Mill and even J. Cole himself.

For anyone who raised an eyebrow after the North Carolina native was listed as part of XXL magazine’s 2019 Freshman Class, The Lost Boy is sure to put any doubts to rest. The 15-track project kicks off with the mellow and melodic “Wintertime,” with the 21-year old recounting his past and pondering his future. Next up is the album’s lead single "Have Mercy,” followed by the singing skit “Sweet Lawd” and then the inspiring and introspective “Bad Idea” featuring Chance the Rapper. Just as we settle into the relaxed and reflective mood of these tracks, we are jolted to the edge of our seats with the J. Cole-produced “RNP” featuring Anderson .Paak. The standout single was released just before the album dropped and made everyone’s summer playlist following a vibrant performance on The Tonight Show Starring Jimmy Fallon backed by The Roots.

From there, Cordae transitions from stuntin’ to more substance on “A Thousand Words,” “Way Back Home” featuring Ty Dolla $ign and “Been Around” before dialing up on the grit on “Nightmares Are Real,” where he stands toe to toe with veteran wordsmith Pusha-T. The listener is then sent on an emotional rollercoaster with more tales of Cordae’s kinfolk on “Family Matters” featuring Arin Ray and a perfectly placed sample of the Harold Melvin & the Blue Notes classic “I Miss You” on the spirited ode to dream chasers, “We Gon Make It” featuring Meek Mill.

Overall, The Lost Boy wakes up anyone who slept on Cordae by showcasing his versatility and thoughtful wordplay, often reminiscent of the legends that preceded him. Unlike the often indistinguishable slew of his peers, he has undeniably distanced himself from the masses and we look forward to hearing more.