Zo! & Devin Morrison Will Do What It Takes Just To See You ‘Smile’ 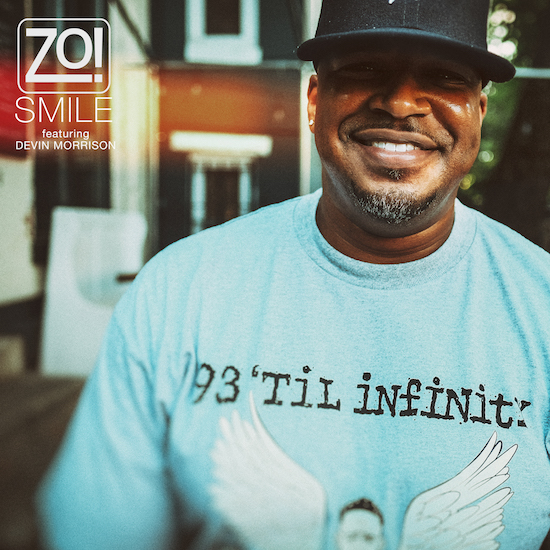 It's been a little over three years since Zo! dropped off new solo material for our listening pleasure. So when he first began teasing us via social media with new music on the way, we could hardly contain our excitement. Recently, the Detroit native made good on his word by dropping the soul-soothing single "Smile," the first single to come from his forthcoming album, FourFront.

On the single, which was co-produced by Phonte , Zo! taps newcomer Devin Morrison for this smooth midtempo number that's perfect for a day of cooling off as we enter the dog days of summer. Zo!'s dreamy piano caresses the ear like a calming ocean breeze as Morrison ponders what it will it take to bring a smile to his love's face once again. Morrison's layered vocals add an almost ethereal-like quality the song, leaving us wondering how anybody would be able to resist his gentle plea.

While Zo! has been releasing dope material for years at this point, he tells SoulBounce that he wanted to venture outside of his normal repertoire for his latest release. "For this one, we wanted to showcase a feel-good song with a new vocalist (Dev is a beast), over a track that was totally different from anything else in my current catalog," he explains. "So far, I'm excited with the results."

As stated, "Smile" is the first single taken from his upcoming album, FourFront. While a release date has yet to be announced, Zo! promises that the wait is almost over. However, he admits that fans may be waiting a long time for another compilation project like its predecessors SkyBreak, ManMade, and SunStorm. There's no cause to ring the alarm about him walking away from music just yet; though he plans to shift gears a bit, he plans to keep giving the people what they want in the form of new releases down the line. Whatever this talented musician has up his sleeve, we have no doubt that it will be a jam and half as usual. In the meantime, get into this breezy single and see if it doesn't leave a smile on your face.