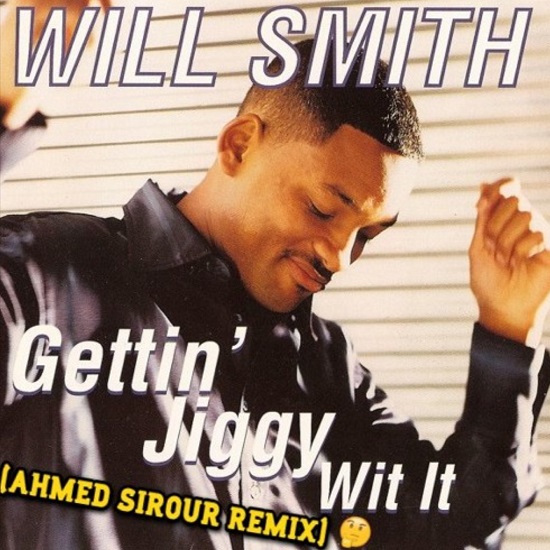 Our favorite Afronomadic producer Ahmed Sirour is all over the place, both geographically and musically, which is precisely what we love about him. His creative unpredictability is always a boon to our playlists. Last summer, he took us on a jazzy exploration of sonic frequencies with a collection of original compositions called Follow the M.A.P. But so far this year, it seems he's all about the remix. After a wop-inducing rework of the Gangstarr/Nice & Smooth classic "DWYCK" and a club-ready tweak of Solange's "Dreams," the Brooklyn-bred artist is back with another unexpected treat – a funky remix of Will Smith's GRAMMY-winning hit "Gettin' Jiggy Wit It."

While Mr. Sirour claims he was in a creative rut, you'll find no signs of it here. The original song was built upon a groovy sample of Sister Sledge's "He's the Greatest Dancer," but Ahmed goes much deeper into the crates for his version. To clarify, Rob Base & DJ E-Z Rock's "It Takes Two" serves as the new foundation, but that itself is based on "Think About It" by Lyn Collins and James Brown. To take it a step further, he craftily weaves in another James Brown tune, using Bobby Byrd's legendary vocals from "Get Up, Get Into It, Get Involved." As you can imagine, anything that incorporates this much of the Godfather of Soul has "got to be funky." Whether or not you consider yourself a fan of Big Willie, you'll undoubtedly find yourself working up a sweat to this one.

Stream Ahmed Sirour's funky twist on Will Smith below, then grab yourself a free copy via SoundCloud. Hurry, though, because he's only offering a limited amount of downloads. For more of Ahmed's remixes and originals, check him out on Bandcamp.