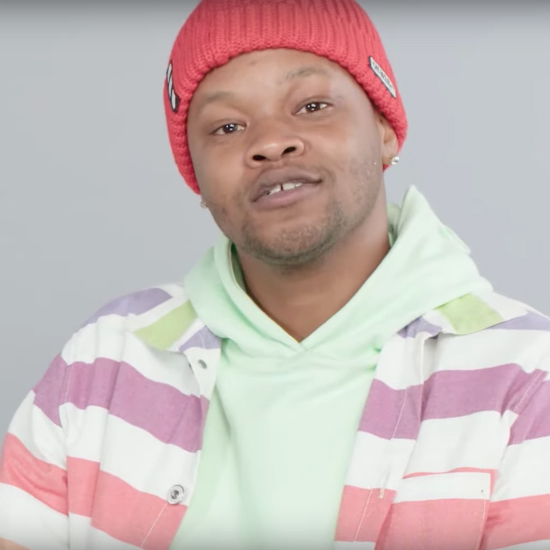 Singer/songwriter BJ The Chicago Kid is known for not only singing his own songs, but he knows his way around R&B classics and has covered everyone from Aaliyah to Usher to Jodeci. Given his track record and the fact that he just dropped a new album, ELLE invited him to pull up and play a round of their famous "Song Association" game. Although BJ’s no slouch in the booth, how would he fare thinking quickly on his feet while under the pressure of a ticking timer?

The first word the singer was challenged with was “love.” If you’ve ever watched Song Association before, then you already know that 10 out of 9 R&B artists will sing the same song, “Love” by Musiq Soulchild, and our boy BJ was no different. At this point, they own Musiq some royalties. Unfortunately, BJ slipped up on the second word, “deep” only able to think of the rap group Mobb Deep. The singer rebounded with “Kissing You” by Total for "kiss," “Smooth Operator” by Sade for “smooth” and “Forever My Lady” by Jodeci for "lady." He even dug deep in his bag to pull out Louis Armstrong’s “Body & Soul” for "body."

BJ’s final score was 11/15. Not the best, but not the worst. The singer often got caught up in the nostalgia of talking about certain songs instead of actually singing them. He was quite the Chatty Cathy, which could have been attributed to nerves. But as he noted during the video, “It’s all good, it’s just a game. I don’t lose in life.” And given that BJ has just released his stellar sophomore album, 1123, he’s not planning on losing any time soon. Watch BJ sing a few tunes for ELLE, and be sure to check out his latest release to hear some of the new-new he just dropped.


TAGS:  Aaaliyah, bj the chicago kid, louis armstrong, mobb deep", musiq soulchild", sade, total, usher
Previous: Zendaya & Labrinth Give Us A Taste Of ‘Euphoria’ With ‘All For Us’ Next: Snoh Aalegra Longs For More Than A ‘Situationship’ And Reveals ‘Ugh, those feels again’ Cover Art & Tracklist