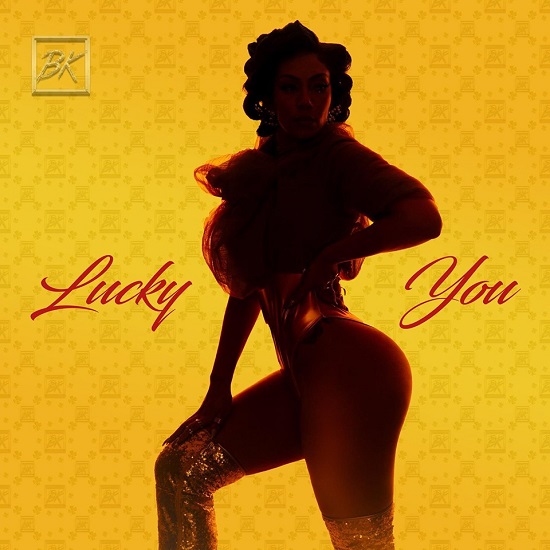 We are nobody's prudes here at SBHQ, but every once in a while and artists puts out a record that makes us blush (and you know how rare that is for black folks). Today, Bridget Kelly joins those ranks. The Love & Hip Hop: Hollywood star flips the script on us and gets downright freaky with the release of her latest single "Lucky You."

Bridget is no stranger to talking sex on record. You need look no further than her Brooke Valentine collaboration "Swear To God" to hear her wax poetic about the way a brother puts it down. However, things are a little different on "Lucky You." For one, the production here is strip club-ready with rattling hi-hats, snare and a throbbing synth bass line composing the bulk of it. The singer takes full advantage of the beat, riding it with a vocal the switches from assured and raspy to sweet and sensual and she talks about exactly what she wants to do. Her voice isn't the only thing that's switching, either. She goes from telling us exactly how she's going to ride it and throw it back (yeah, she's not being very shy about anything here) to commanding her man to beat it up like Mike Tyson. Or, as she says so succinctly during the song, "I'ma put your nasty to the test."

"Lucky You" won't be the last we hear of Bridget Kelly this month, as the singer is set to drop her new EP The Great Escape. And lucky you (see what we did there?), it's coming sooner rather than later — as in August 16th sooner. While you prepare for that, sit back, relax and let Bridget turn you on with "Lucky You" when you press play.