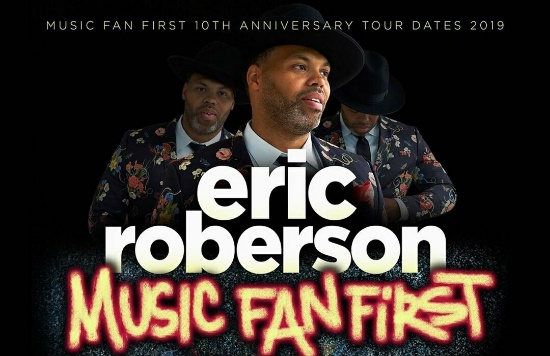 Do you remember the music from 2009? It was a whole 10 years ago, so we wouldn't be surprised if your memory was a little hazy, but here at SoulBounce we recall that time very well. That was the year that Eric Roberson released his sixth album, Music Fan First, which we named our SoulBounce Honors 2009 Album of the Year. It was arguably Erro's best work – producing the now-classic duet "Dealing" with Lalah Hathaway and jams like "The Newness," "Borrow You," "Howard Girls" and "Wanna Believe It Again" and garnering him his first GRAMMY nomination for "A Tale Of Two." At the time, this writer's "Errobsession" (as it was dubbed back then) was at an all-time high, and Team SoulBounce wouldn't miss him whenever he would perform in the DMV area because his concerts were all the way live and not to be missed.

In the past decade since Music Fan First's release, the King of Indie Soul's star has risen and his shows all over the world are still must-attend, often sold-out events. We suspect that trend will continue with the announcement that he is celebrating Music Fan First's milestone year on the Music Fan First 10th Anniversary World Tour. This tour is for long-time fans who fondly remember Erro's concerts from back in the day and want to relive the good old days and new Roberson fans who were tardy to the party but are right on time to catch this live reprise.

Eric will begin the Music Fan First 10th Anniversary World Tour on Friday, August 23rd  – just a couple of days before the album's actual anniversary on August 25th – in Sacramento, California. So far, he's scheduled to hit Inglewood, California; Houston; Washington, DC; Philadelphia; Nashville and Chicago before he hops across the Atlantic to perform at various locations in the UK and a show in Paris. Tickets for these concerts are on sale now and are sure to move fast so make plans to attend now. If you don't see your city listed on the flyer below, just hold tight because these are the initial tour dates with more to be announced. 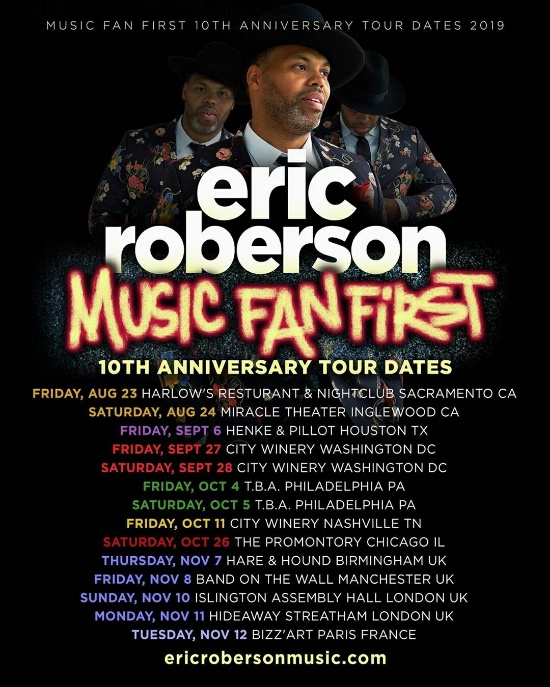 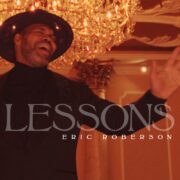