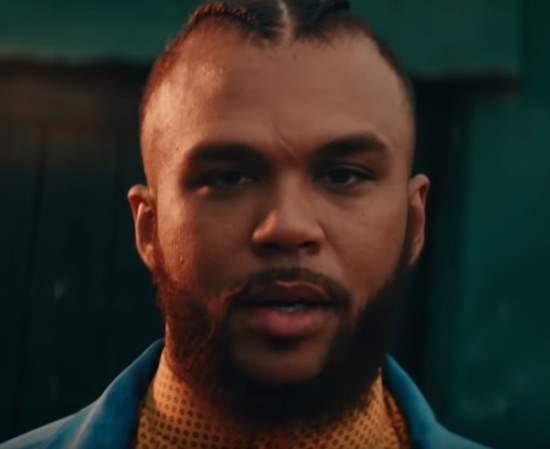 It’s been a short two years since Jidenna released his debut album, The Chief, in 2017. For better or worse, that project, or rather the lead single "Classic Man," defined the artist as an African dandy. But anyone who’s paid attention knows he’s much more than that. He’s not just a classic man but complex man, learning and growing while trying to share those lessons and find love and understanding along the way. With the release of his sophomore album, 85 To Africa, he’s ready to show and prove just how much there is to the talented Mr. Mobisson and that he’s definitely “Worth the Weight” on his latest single.

“Worth the Weight” featuring Seun Kuti sees Jidenna less as his “Classic Man” personae and more as a grimy battle rapper, which has characterized much of the singles on this project. “I go for the record, I don't just go for the medals,” he quips, letting us know he’s not just here for fame and glory but something concrete that will stand the test of time. He spits a few hot 16s over a bass-heavy, melodic trap beat. Seun Kuti shares a brief mission statement towards the end that ties into the theme of the album: basically, building a highway for all peoples of the diaspora to reconnect to their roots and themselves.

To complement the track, Jidenna has shared a hyperkinetic visual that mixes his multiple influences between the motherland and the diaspora. Directed by Wesley Walker, the clip starts with an aerial view of a township in South Africa before cutting to Jidenna walking at dusk to link up with his "Tribe." He then proceeds to unleash his ferocious flow and parties hard with his people. We see Jidenna rapping outside of shanty houses and riding dirty in vintage BMWs, flexible dancers sporting African masks and his entire crew turning TF up, surrounding him with all kinds of lit black joy.

“Worth the Weight” is the first track you hear when you listen to 85 To Africa, and Jidenna keeps you listening and jamming to the end of the 11-track collection and watching and waiting to see what he does next.