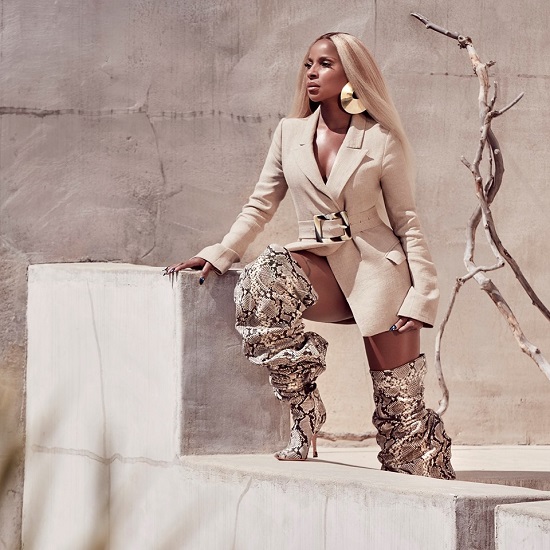 Though the title "Queen of Hip-Hop Soul" was coined for her when Mary J. Blige first arrived on the scene, the industry vet has more than lived up to the title in the 27 years since she was introduced to us. Now it seems that we're on the verge of an MJB Renaissance, with the singer's profile seemingly higher than ever — heightened further by her recent lifetime accolade at the BET Awards and her current tour with Nas. It looks like Mary is taking full advantage of her current positions as she's just dropped another new single with "Know."

Sounwave provides Mary with a soulful flip to tell her story as she details the struggles she came through in order to shine. "They just don't know / How many times I lost / Just so I could win," she sings on the chorus. "They just don't know / How many times I died / Just to live again." She backs up these claims with talks of her struggles on the verses, including how heavy the burden of her life can be. But still she rises — and she still looks good while doing it. "My snapback's real / Still thick in these jeans / I ain't missing no meals," she reminds at one point. Well go 'head, Miss Mary.

Though we appreciate the sentiment, we're not going to front: This type of song has been a staple of Mary J. Blige's repertoire since she's been on the scene and this latest one adds nothing to what's come before it. Still, it's nice to hear her celebrating her hard-fought triumphs in a career that's still going strong. Perhaps "Know" is just a warm-up for something bigger and better coming soon down the line. We shall see.