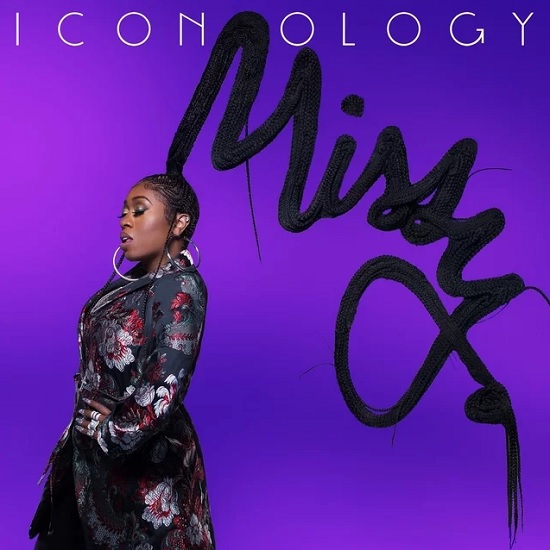 Missy Elliott is an icon. This is a fact that isn't up for debate. The pioneering femcee and singer ruled the '90s with her inventive style, off-the-wall musical approach and out-of-the-box videos that cemented her status as a chart-topper and industry legend. Fourteen long years after the release of her last full-length album The Cookbook, and just before accepting the Video Vanguard Award at this year's MTV Video Music Awards, she's reminding us of her greatness with the release of her five-track EP ICONOLOGY.

Yeah, it's only five tracks, but Missy does a lot to remind us who she is on the short set. "Throw It Back" shows that she can do exactly what the kids are doing today. A trap-happy beat complete with bass that you can feel in your chest and rapid-fire hi-hats serves as the foundation as she kicks rhymes that list her accomplishments and allow her to talk her ish. She continues the party vibes with "Cool Off," a workout of a track that mixes trap and Miami bass thanks to a Luke sample. The rap joints are cool, but it's the R&B-influenced offerings that truly make the EP. "DripDemeanor" is a hard-hitting bedroom jam that utilizes 808 and organ as Missy owns her sexuality while rapping about her sexual prowess. Meanwhile, singer Sum1 provides the slick R&B chorus that makes the track a definite mood. Missy then goes straight up soul with with "Why I Still Love You" that channels old school R&B tracks and marries it with modern R&B and hip-hop production to great effect. And, just because she can, she also offers an acapella version of the track to show off her vocals just in case you forgot that she can also blow better than some of your faves.

Of course, a Missy Elliott release isn't fit without a video to accompany it. She obliges with a tripped-out clip for "Throw It Back," which features Teyana Taylor acting as a tour guide to Missy's many feats. The Technicolor fever dream then moves from a hot-pink-colored suburban backdrop to a neon-hued ride through the streets of the hood. Before all is said and done, Missy takes it to outer space as she and her dancers get down while acknowledging her VMA honor.

ICONOLOGY isn't surpassing the level of her much-beloved earlier work, but it's definitely an acknowledgment that Missy's brand of supa dupa fly is still unsurpassed and not even close to being over. Stream the EP in full below and then stick around to watch the clip for "Throw It Back."