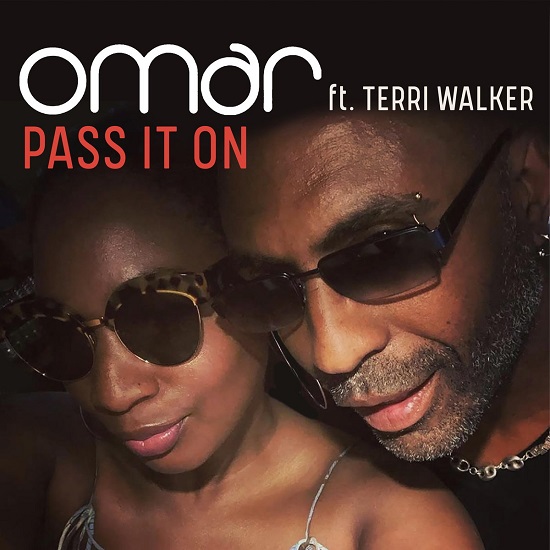 Last week was supposed to bear witness to Omar's first shows in the US in over a decade. However, due to some technical difficulties concerning his passport, the British singer was forced to miss dates in New York, Philadelphia, D.C. and Atlanta. He's assured fans that he's doing whatever he can to reschedule those missed dates and, in the meantime, has dropped a brand new single to hold them all over until they can see him in person. The single in question is the smooth duet "Pass It On," which also features fellow Brit Terri Walker.

"Pass It On" features all the things that fans know and love about Omar. The production is at once jazzy and soulful — with keys, horns and drums creating a laid-back groove perfect for a relaxed summer afternoon. Terri kicks off the festivities with the opening verse as she encourages us to be the perfect change by spreading good energy throughout the world. Omar continues the message on his verse, letting us know that if we do some good, then the effects should ripple out beyond just ourselves. It's a beautiful message that should be heeded by everyone, and with it being set to such sublime music, it's one that we wouldn't mind hearing on repeat.

"Pass It On" is set to be included on Omar's upcoming compilation simply titled Omar – The Anthology. An official release date has yet to be given for the project, but it will include more than a few classics from his decades-long career as well as new cuts like "Pass It On." Give his newest song a spin below and be sure to purchase the single to add it to your collection.