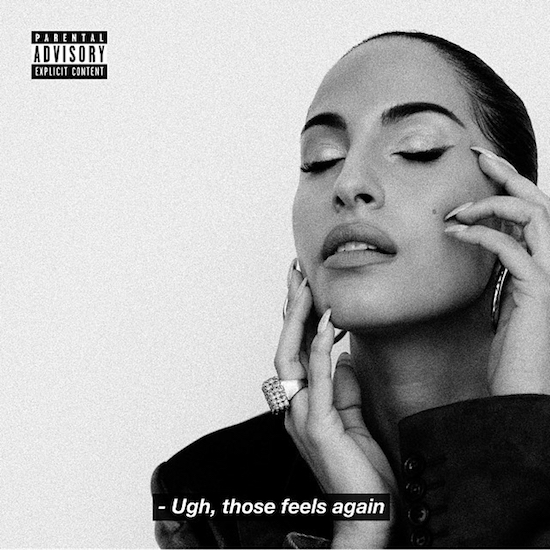 Snoh Aalegra is caught up in the rapture of the many phases of love on her new album Ugh, those feels again. The collection finds Snoh in like, in love, in lust and in limbo and working through a myriad of emotions over the course of 14 tracks. The exasperation present in the album's title is a tongue in cheek nod to her debut, FEELS. The common thread woven into both records is Snoh putting her feelings to wax, but the melancholy of FEELS is met with more joy to temper any pain on Ugh, those feels again.

Snoh divides the album into a Side A and Side B. Side A finds her in her happy place. She sings about really digging someone on lead single "I Want You Around" and teeters between playing it cool and going all in. Meanwhile on "Situationship," Snoh reflects on crossing that line out of the friendzone but finding herself in that grey area outside of commitment. By the time she gets to album standout "Whoa" and "Find Someone Like You," however, she is head over heels and ready to put it on him in "Toronto." After going on that sexy voyage, she ends Side A with "Love Like That" and shares some hard truths about her relationship, revealing that all is not perfect.

While Side A is mostly about falling in love, Side B is totally about falling out of it. Snoh lets us know that love is a battlefield strewn with broken hearts, lies and faded memories on "Be Careful" and "Charleville 9200 Pt. II." Try as she might to get over her ex, she admits that she just can't on the heartfelt and transparent "You." She doesn't wallow for too long, though, and decides to keep it moving on the woefully short "Njoy" before gleefully kicking him to the curb on "Nothing To Me." Snoh stands tall on the defiant "I Didn't Mean To Fall In Love" and ends the album by reclaiming her time and her "Peace."

Ugh, those feels again is a strong follow-up to Snoh Aalegra's debut album FEELS. Her pen is sharper – she wrote or co-wrote all songs on the collection – and her vocals are stronger than ever. The biggest difference in the two projects is the lack of features from rappers on her sophomore set. Snoh more than holds her own, however, and gets hip-hop soul vibes from producers such as No I.D. and D'Mile who harness her sultry soulfulness with the perfect beats and samples that complement both her signature rasp and upper register.

Snoh Aalegra is two-for-two with her excellent debut and its stellar successor. On Ugh, those feels again she delivers an album full of relatable lyrics, beautiful songs and musical vibes to fit any mood or situation.


TAGS:  audio, D'mile, no i.d., Snoh Aalegra
Previous: Mayer Hawthorne Channels ‘The Princess Bride’ To Put Us Up On ‘The Game’ Next: Samm Henshaw Runs Toward Love In ‘The World Is Mine’