SoulBounce Exclusive: Brandon Williams & Eric Roberson Want To Make Sure You ‘Don’t Give Up On Love’ 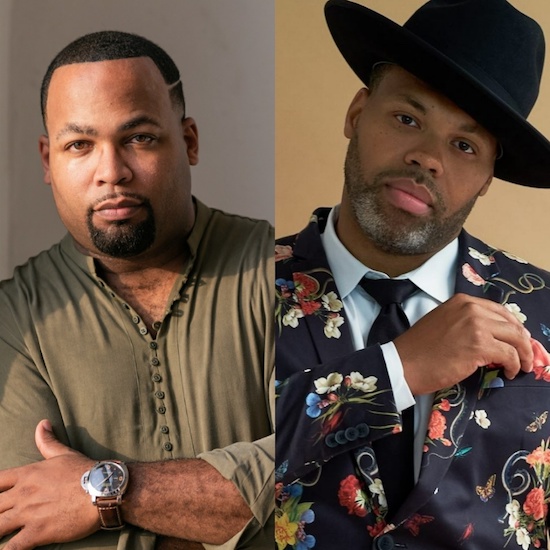 Brandon Williams gave us the first taste of his sophomore album, The Love Factor, in August 2018 with the lead single "In Love."  The breathtaking ballad featuring Brian McKnight, Jr. was a stellar introduction to the collection that had us oh-so-ready to hear more. Fast forward to August 2019, and we can finally exhale because Brandon is here to share the project's second single "Don't Give Up On Love," his first collaboration with Eric Roberson. Two SoulBounce faves on one song? Say less. And in what's become a tradition at this point, Brandon Williams is debuting "Don't Give Up On Love" in yet another exclusive SoulBounce world premiere!

Whereas "In Love" is a straight-up love song, "Don't Give Up On Love" finds Erro expressing those funny feelings that come with falling in love for the first time. Despite his reluctance to go all-in, he doesn't want to let go and wants his lady to give him some time to sort his feelings out. He lays his cards on the table in the first verse and chorus. "The hesitation, that I present is more / A factor of me, never being in love before / So allow me, the time to take this in / Your heart, I wanna win, so don't / Don't give up on love, baby don't give up on love / Baby, don't give up on love with me," he sincerely croons. He'll have you rooting for this relationship to win by the end of the song as Roberson's signature vocals effortlessly flow over Brandon Williams' mid-tempo production that is an intoxicating blend of soul, jazz and hip-hop complete with a killer horn section.

"Don't Give Up On Love" is Brandon and Erro's first time working together over the course of their almost two-decades-long friendship, and the song's eventual creation was simply a matter of divine timing. "I crafted the track for this song specifically for his voice and pen some years ago and though he agreed to do it, our schedules just didn't seem to line up," Williams shared with us about his long-time desire to record with Roberson. "It took a chance meeting with him and my father at the Berks Jazz Festival to get the ball rolling. I sent Eric the track and within a few days, the song was done. Eric is one of the best songwriters in the game, period, and I'm really glad that we finally had a chance to craft something for the world to hear." This song may have been years in the making, but it's right on time to add to your summer jams playlists and knock for the rest of the season and beyond.

In addition to dropping this good music on us, Brandon is sharing the good news that he will finally release The Love Factor in September. So get ready to fall even deeper in love with Brandon Williams' production, skill and creativity when The Love Factor is unveiled next month.


TAGS:  audio, Brandon Williams", eric roberson
Previous: Masego Celebrates Black Beauty In ‘Queen Tings’ Next: Jidenna Is Down With His Clique In ‘Tribe’