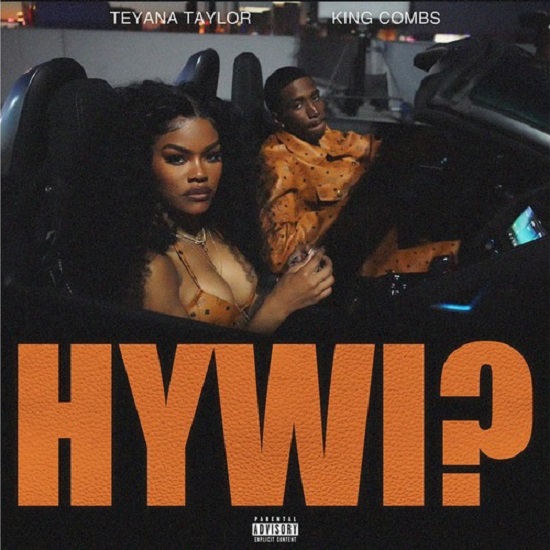 A year out from her sophomore set KTSE, and it seems that "Gonna Love Me" singer Teyana Taylor is still on her grind. She's found a second career as a video director, lensing a few clips for some of your faves, opening up nail salons and showcasing her love with her baller hubby Iman Shumpert on television. She's also still on her acronym steez and keeping that '90s energy with the release of "HYWI?," her latest single produced by the ever prolific Hitmaka.

Upon pressing play, you'll immediately realize that "HYWI?" — which stands for "How You Want It?" — is based on the same sample of Curtis Mayfield's "Right On For The Darkness" that forms the base of Ma$e's hit "What You Want." The similarities don't stop there either, as Teyana references "What You Want" throughout the track. The song is all about her, though, as she lets her lover know that she's willing to do whatever he wants as long as he gives her what she needs. The sexual tension is high here as Teyana talks her ish in raspy, seductive tones while describing the ways she can serve it up. Meanwhile, Diddy's son King Combs laces her with a hot 16 as he lets her know exactly what he'd like to do to please her.

She's keeping the '90s vibes going with the song's video (which she directed, of course). She takes heavy inspiration from LL Cool J's "Doin' It" but casts herself in each role as she plays both tempter and temptress while staying pretty faithful to the source material. The only time she deviates is when King Combs comes along and we see references to the shiny gear Diddy and Ma$e rocked in their heyday and even a nod to 702's "Steelo." Sis did her homework.

Teyana Taylor's been working up a sweat in the studio to deliver a third full-length album. While she hasn't specified if "HYWI?" is a one-off or the project's lead single, she has promised that the set will arrive before the end of 2019. We'll see if she can keep that promise. Listen to "HYWI?" and check out the video below.