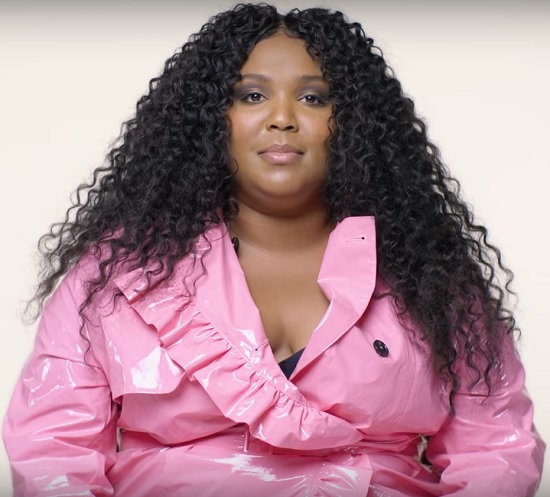 Lizzo is currently on top of the world (much to the chagrin of Azealia Banks, but we digress). She's finally secured the No. 1 spot on the Billboard Hot 100 with her hit single "Truth Hurts," is set to make her film debut in a week with a role in stripper heist flick Hustlers and, of course, recently set the stage on fire at this year's MTV Video Music Awards. Now she might find herself at the top when it comes to ELLE's "Song Association" game.

Joining R&B sistren Ciara, Chloe x Halle, Elle Varner and others in the hot seat, Lizzo approached the game with a confidence that only she can muster. It turns out that she was well within her rights to be so self-assured as she proceeded to knock it out of the park from jump. She started her successful journey by giving props to Janelle Monáe with a quick rendition of "The Way You Make Me Feel." She continued her streak by invoking Lauryn Hill's "When It's Hurt So Bad," Migos' "Bad and Boujee," Lil Nas X's "Old Town Road" and "Po Pimp" by Do Or Die (sidenote: ELLE try to double check an artist's name before you put out a final draft of a video). Like many of the game's successes, she also made it to the finish by song-checking herself a few times, including her Cuz I Love You earworm "Juice." At the end of the game, she found herself tying CiCi and smoking the rest of the competition with a score of 15/15.

Lizzo wasn't just sitting down with ELLE for fun and games. She also happened to be one of three cover girls for their annual Women In Music issue. Big things are most definitely poppin' for our girl! Watch her stake her claim to victory below.