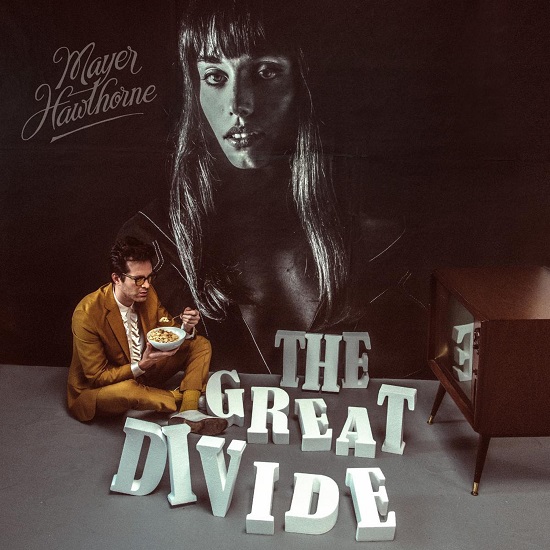 Mayer Hawthorne apparently has time today, tomorrow and maybe even next week. How else do you explain his sudden prolific streak? The singer-songwriter has already graced us with Tuxedo's newest album Tuxedo III this past July and even gave us solo single "The Game" and its accompanying video. Needless to say, we weren't exactly expecting the crooner to give us anything new anytime soon. Color us surprised then as he's done just that with the release of his new single "The Great Divide."

Where "The Game" was all about accepting the way the game of love is played, "The Great Divide" is perhaps an example of how it can leave you by the wayside. Mayer's having relationship problems as a chasm grows between him and his lady, with him comparing the tension between them to the Berlin Wall (talk about a cold war). Despite all that, the ending of their union seems to be surprising to him. So much so that, in fact, that he's hoping for some kind of magical reprieve to save the day. He resigns himself to the end eventually, singing on the chorus, "It's too late / To stay / Gotta run / Get away." The musical backdrop underscoring it all keeps up the song's moody feel, with the constant playing of somber chords setting the foundation. Meanwhile, Mayer actually incorporates sighing backing vocals to reflect the sad state of things.

Like "The Game," this track is also released by the singer's newly launched Big Bucks record label. Since he basically has the authority to release when he wants and how he wants, don't be surprised if more newness comes from Mayer Hawthorne's direction sooner rather than later.