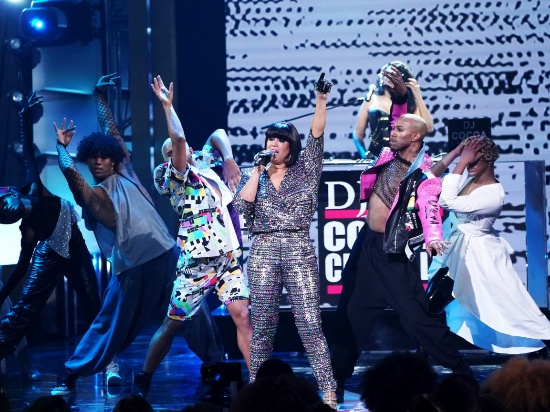 The dance music climate seems to be overwhelmingly white and male these days. So much so that it'd be easy to forget that black stars created and ruled the genre, especially in the early '90s. For those that might've forgotten about the era, three of the dance music divas who reigned over dancefloors across the globe — Robin S., Crystal Waters and CeCe Peniston — worked up the crowd at this year's Black Girls Rock! and worked it out on stage.

With DJ Cocoa Chanelle spinning, Robin S. was first up with her ubiquitous hit "Show Me Love." Her pipes were still on point, with the singer still belting out the big notes with the same intensity although nearly 30 years have passed since the song's initial release. Hot on her heels was Crystal Waters, who entered from the audience with a troupe of voguing dancers as the familiar melody of "Gypsy Woman (She's Homeless)" played over the speakers. The ageless singer then proceeded to stomp the stage while the audience cheered her on. Last, but certainly not least, was CeCe Peniston. She walked out wearing shimmering silver sequins and working it to her 1992 hit "Finally." The timeless hit was always a crowd pleaser and the perfect way to end a set that not only allowed the audience to relive a magical moment in time but also celebrate the black dance music divas who've kept us moving all these years.

Locate your dancing shoes and watch the trio knock it out of the park at Black Girls Rock! below. 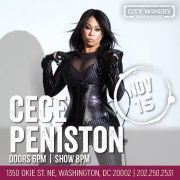 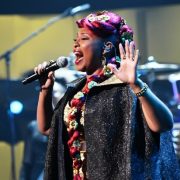 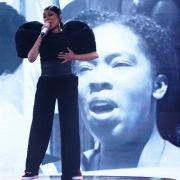 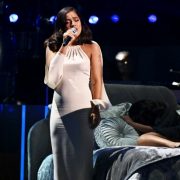