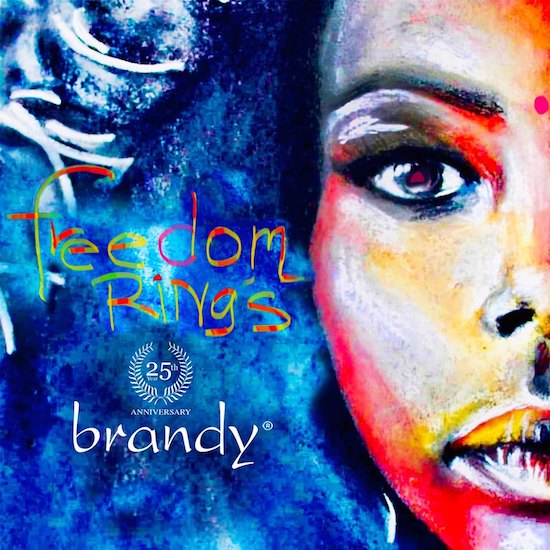 In a matter of weeks, it will officially be seven whole years since Brandy released an album, 2012's Two Eleven. She's released a single here, a song there and collaborations everywhere in that time, but no one expected to wait for a new project to be this long, including Brandy herself. But the artist known as the Vocal Bible has regained control of her career and is finally ready to release her long-awaited and highly-anticipated new album. How ready is Brandy? Well, she's so ready that she's unveiled the album title and cover art to prove that she means business.

Brandy took to social media earlier this week to reveal that her seventh studio album will be entitled Freedom Rings with the simultaneous drop of the cover. The colorful artwork features a drawing of Brandy's partial face by an up-and-coming artist who goes by the handle Artbyjaackie on Instagram. Just last week she caught the singer's attention on IG with the full version of this gorgeous portrait, and days later Brandy decided to use it for her new album cover. Wow. Look at Brandy out here making dreams come true. She'll also fulfill her own dream with Freedom Rings, which she calls, "The light at the end of so many tunnels. This is my undeniable truth."

While we have the hit lead single "Love Again" featuring Daniel Caesar, there is no tracklist or release date for Freedom Rings yet. but as Brandy gets ready to celebrate the 25th anniversary of the release of her multi-platinum, self-titled debut album on Friday, September 27th, we can't help but wonder if she'll also surprise fans by dropping Freedom Rings on that day, too. The new album cover even commemorates the occasion with a 25th-anniversary wreath above her name. We think we may be on to something, but it could simply be there to acknowledge her 25 years in the music game. We will continue to stalk Brandy's socials for any album news, but her new music can't come soon enough – with an emphasis on soon.


TAGS:  Artbyjaackie, brandy, Daniel Caesar
Previous: SoulBounce Exclusive: This Michele Manzo & Nicholas Ryan Gant Collaboration Is Simply ‘The Best’ Next: Sam Sparro & We Are KING Invite You To Step ‘Outside The Blue’ 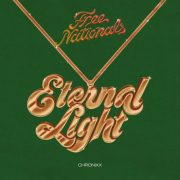 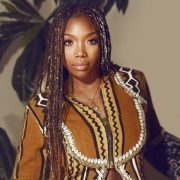