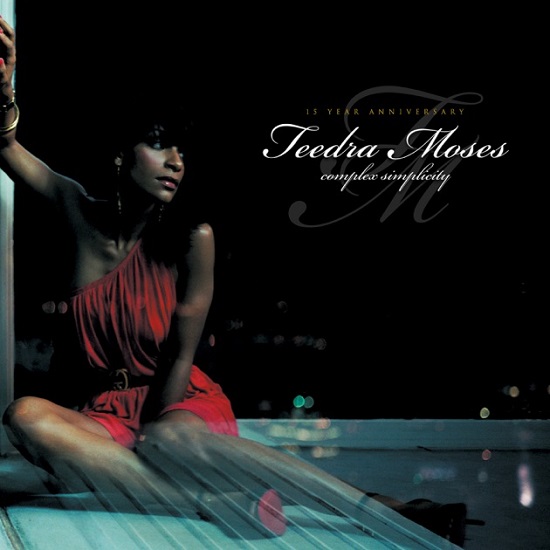 Fifteen years ago the world was introduced to the sassy, sultry, bold and beautiful soul that we know as Teedra Moses. Her debut Complex Simplicity went down in history as an underrated classic. Though it only peaked at No. 168 on the Billboard 200, it yielded some of her best known work — including gems like "Backstroke," "Caution" and, of course, her signature song "Be Your Girl."

R&B lovers had a rude awakening at the beginning of September when they discovered that the album had been unceremoniously yanked from streaming. Thankfully, it was taken down because Miss Moses had something even better in store. To celebrate the project's milestone anniversary, Teedra has decided to re-release the album in full with a little something extra in the form of four bonus tracks.

As to be expected, all of the original's jams are there. That means that listeners can twist their necks to the hood chick sass of "You Better Tell Her," sway to the intoxicating rhythm of "Caught Up" and even fall in love to her gorgeous duet with Raphael Saadiq "Take Me." In addition to that, though, fans might find new favorites in the form of bonus cuts "Doin' You," "Cabernet Sauvignon," a remix of "You Better Tell Her" and a reprise of "I Think Of You" which features her late mother along with her now-grown sons contributing rhymes to make the track a generational jam. The only thing we can say would've made this release even sweeter would be the inclusion of Kaytranada's outstanding "Be Your Girl" remix among the bonus cuts (although it is available to add to your Teedra collection with a quick purchase).

Complex Simplicity might not have garnered that chart success that many felt it was due, but it did give us Teedra Moses. Fifteen years later she's still going strong and the album sounds just as the day it dropped. How can one not be thankful for that?