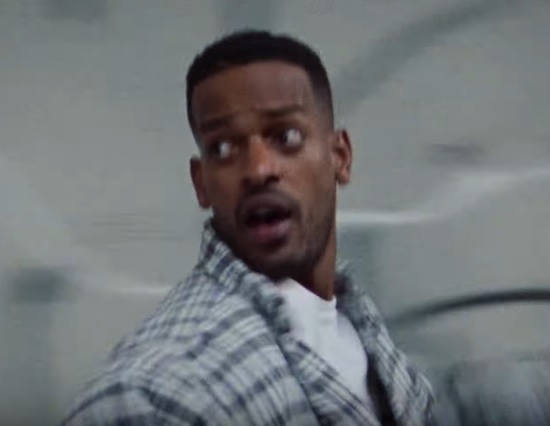 Three years after we proclaimed him Bounce-Worthy, Berhana has finally dropped his debut album HAN. The set features the singer-songwriter in many facets, from the light boogie of lead single "Health Food" to the post-punk angst of "G2g," while still showcasing the clever lyrics and unique approach to music that initially caused us to fall in love. Speaking of "G2g," the single is also the second track from HAN to get an official video and it's an interesting one.

The song itself is the paranoid musings of a man dealing with an obsessive lover. "Got it bad / I gotta go / I'm tryna make it out the South / I think she know," he sings over the track's blaring guitars while explaining what's going on with this crazy chick on the verses. The video shows us Berhana taking a proactive approach and running as far away from here as possible. We see him running at top speed while looking back at his pursuer like his life depended on it. We also get a glimpse of the woman hunting him down, though she's lying in bed while plucking flower petals with the calmest of demeanors. Still waters run troublingly deep, though. And it looks like our man Han might find that out the hard way as the clip closes with him literally getting caught in headlights.

With so many tracks on HAN worthy of the video treatment, we're sure we'll be getting more clips as more and more folks discover the album. You can also discover the just-released set when you stream it in full below — after you watch Berhana make a run for it in "G2g" first, of course.


TAGS:  audio, Berhana
Previous: Prince Goes In The Vault For A Different Type Of ‘Feel’ Next: The Midnight Hour & Loren Oden Are In Perfect ‘Harmony’