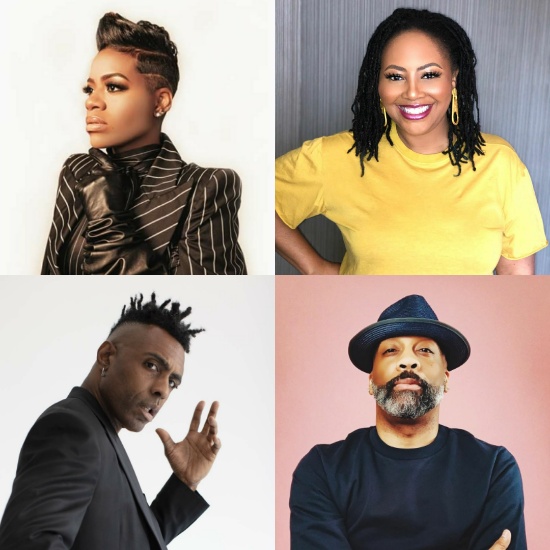 We don't know what you've got planned for next January, but Fantasia, Lalah Hathaway, Omar and Rahsaan Patterson will be rocking the boat on the 13th Annual Capital Jazz SuperCruise. These are but a few of the many artists who are on the talent lineup for the music festival at sea that will sail from January 16th-24th, 2020 and travel to St. Lucia, Antigua and St. Thomas on Royal Caribbean's Independence of the Seas.

SuperCruise regulars Eric Roberson and Mike Phillips will return as hosts and performers, and Najee, After 7, Conya Doss and Moonchild have all been invited back. In addition to repeat performers, the next SuperCruise will welcome a handful of first-timers in 2020, such as Keith Sweat, Bob James, Morris Day & The Time, Zo! and Carmen Rodgers, who will all be on their inaugural SuperCruise.

This past January, the 12th Annual Capital Jazz SuperCruise set sail to Haiti, Honduras, Belize and Mexico, and SoulBounce was on board for our very first SuperCruise. The trip was a fantastic voyage that was a music lover's dream vacation, and we cannot wait until we get the chance to go again. The annual cruise draws "SuperCruisers," as they're affectionately called, from all over the world year after year. It combines all the things that people typically love about both music festivals and vacation cruises – top-notch entertainment, daily concerts, nightly parties, celebrity DJs, non-stop activities, endless food and drink, informative discussions and panels, contests, games and so much more – into 8 days of musical fun in the Caribbean sun at various ports of call.

Get more information about the 13th Annual Capital Jazz SuperCruise and peep the full lineup on the website. The good news is that even more artists are going to be announced. The bad news is that the 2020 SuperCruise sold out earlier this year. However, the 14th Annual Capital Jazz SuperCruise has already been announced, and reservations are open. Cabins are selling fast, though, so go ahead and treat yourself now and rest assured that the trip and talent will be fire.