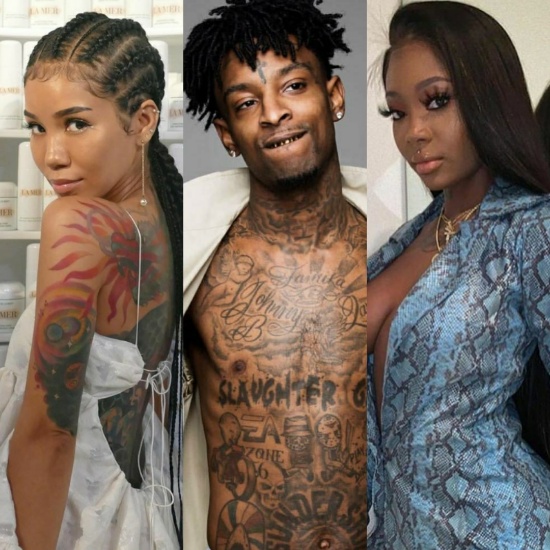 We thought Jhené Aiko was done with her “Triggered” series after releasing the therapeutic “Triggered Protection Mantra.” She calmed down, had some good tea, aligned her chakras and was still good friends with the ex-bae Big Sean – at least in public. But the “Spotless Mind” singer apparently has at least one more in the chamber with the “Triggered (freestyle) Remix."

The original freestyle found Jhené venting, expressing her feelings of anger and resentment. Her “Trigger Protection Mantra” was about finding peace and letting go of all the bad vibes. Now, the remix is group therapy, leaving room for others to express their own triggered moments. Joining Jhené's pity party is Atlanta’s own 21 Savage and R&B's current It Girl Summer Walker.

The remix starts like the original, with Aiko laying down the first few verses from "Triggered." Then, somewhat abruptly 21 Savage jumps in aggressively, talking about how he’s a much better lover than his ex’s new man and how his girl did him dirty. But, he’s also honest, humble and wise, reciting, “They said never wife a woman that you meet inside a club / But I slept with half the club, baby who am I to judge?” Finally, Summer Walker then adds a few quips of her own, singing, “I know that I always get big mad / I cannot believe I did that / Nobody gets me so fired up.”T here are also slight production changes as the serene piano-led groove introduces synth elements, giving the impression of a storm brewing. The interesting part is that Summer and Jhené sound very similar, that it’s easy to confuse the two, especially as the former lays down some additional harmonies.

Hit play to get triggered by Jhené Aiko all over again.