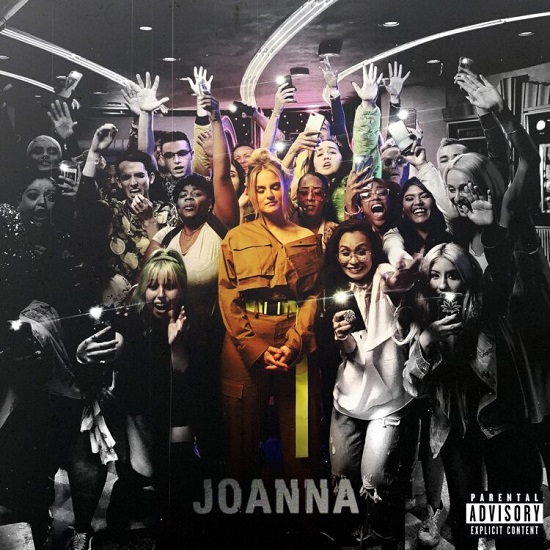 For JoJo, the music business has not been a crystal stair. She started her career as a preteen upon signing with Blackground Records and found success with her self-titled debut JoJo, which went platinum thanks to her hit single "Leave (Get Out)." However, just when it seemed her star wouldn't stop rising, label troubles sidelined her music career and took the star out of the limelight for quite some time. Now, after dropping 2016's comeback album Mad Love., it looks like JoJo is ready to address some of her inner demons with new material, kicking things off with the introspective single "Joanna."

The track, named after herself (her birth name is Joanna Levesque), finds her giving voice to the doubts that plagued her throughout her career. As an acoustic guitar strums her pain, she sings to herself as she picks at what some may deem to be her failures. "Do you still have the same range / That you did when you were 14, girl?" she questions at one point. She even digs into her stalled career on the screen, asking, "Speaking of which, where did your acting career go? / You were supposed to be somebody." The video further points out the disconnect between the expectations and the realities of her nearly 20-year career. She stands amid a crowd of adoring fans, each one rushing past her to greet the star that they imagined her to be pulling up in a limo. However, instead of looking down or dour, the song and video ends with JoJo repeating "hurry and drop your new s**t" with a self-assured and sneaky smile spreading across her lips.

Is this short but sweet track a foretaste of JoJo's next coming? We think so. And, if it's following in this more personal and upfront direction, we're totally here for it.