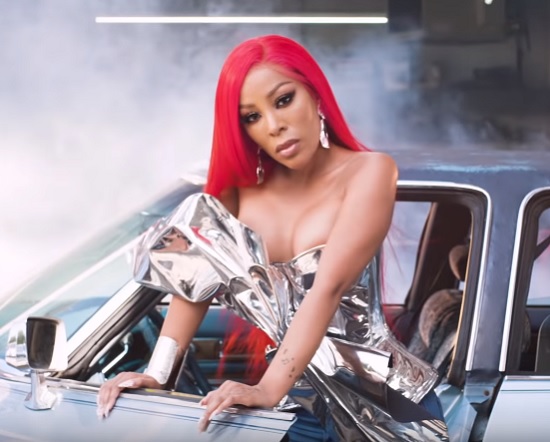 Destiny’s Child might have been looking for a "Soldier," but K. Michelle is looking for a dude who’s "Supahood." And she’s not the only one, as she’s joined by the City Girl’s Yung Miami and Kash Doll, who also let us know about dudes who keep it trill in the streets and between the sheets.

On "Supahood," K. Michelle flexes her sing-song rap skills that we’ve heard on her mixtapes and on the track "Mindful." She lets us know there’s something special about them hood boys, sharing, "Memphis n****s drive me crazy (Crazy) / I may let him f**k and he ain't even gotta pay me (He gotta pay)." Meanwhile, Yung Miami shows her dedication to her man by "letting him hold my car with no license." Finally, Kash Doll closes things out by giving us the prerequisites for the type of men who "soak my p***y through my clothes." Yeah, this song isn’t for the young or the faint of heart. While stopping short of saying, "I love my Mr. Wrong," the ladies let us know that some hood behavior keeps the relationship fun and on fire.

For the video directed by Child and Derek Blanks, K. Michelle and company take a blue-collar tour through the hood while celebrating the around-the-way boys. K. Michelle pops things off in an all-red – including her hair – ensemble as she tries to choose a mechanic. Meanwhile, Miami and her pregnant belly keep it tame as she struts around in front of a car and raps. Finally, Kash Doll throws her rump on a dude and his late model droptop. And, of course, there are also some scenes of a few musclebound dudes standing around looking extra hard.

"Supahood" is the first single from K. Michelle’s upcoming album All Monsters Are Human. Hit play below to hear the new track and watch the video.