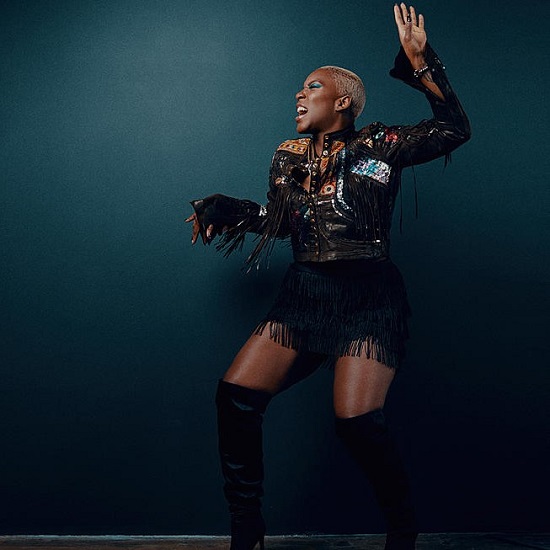 Late this past summer, Liv Warfield announced her studio return with the personal and profound anthem, "MANTRA."  The emotional tune and dramatic visuals gave us goosebumps, which is par for the course when listening to the powerhouse singer. Now, she dazzles us again with her next single, "Look at Me."

The singer wanted to create something zesty and fun to mirror the energy of her live show, and we think she nailed it. Produced by French ensemble Joon Moon, the song is a spirited blend of pop, rock and soul with a retro twist and a pinch of Motown flair. "I wanted to collaborate with these incredible producers, Joon Moon," Liv says. "I told them I didn’t want to be so serious…we have time for that later. I want to move and let loose with some of that retro rock n roll!"

Judging by the amount of sauce sprinkled all up and through this track, it's clear Ms. Warfield is cooking up something special for her third solo album, due next year. Preview "Look at Me" below, currently available for download via Apple Music, Amazon and Google Play.  If you're in Chicago over the next three months, head to Teatro Zinzanni's "Love, Chaos, & Dinner" show to watch Liz strut her stuff as part of the eclectic cast. Otherwise, keep up with the artist via Twitter and Instagram.


TAGS:  audio, Joon Moon, liv warfield"
Previous: Shay Lia Hopes Love Comes Out In The Wash In ‘Good Together’ Next: FKA twigs Awes With ‘Cellophane’ On ‘The Tonight Show’