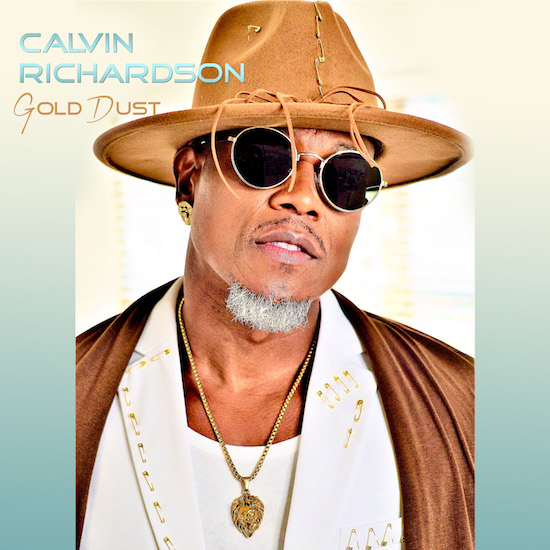 When Uncle Charlie Wilson calls you "one of the most talented artists in the business," you must be doing something right. And for the past two decades, Calvin Richardson has been doing everything right with songs from the heart filled with his signature soul. This year he not only celebrated the 20th anniversary of the release of his debut album Country Boy but the blessing of regaining his voice after losing it in 2018. We can't imagine a world where we'd never hear Richardson sing again, and thankfully we won't have to because not only is his voice back but so is he with new music. The artist affectionately known as The Soul Prince has returned to soulful form and is shining bright on his new album Gold Dust.

Gold Dust is described as "an auditory manual for love," and Calvin Richardson has romance on his mind on the 10-track collection of songs. "When I write, I’m writing for that hopeless romantic inside of me who deeply believes that love changes everything," he says about his creative process. Love is the common thread woven throughout Gold Dust, and Calvin covers all bases with songs about the different phases of romance and relationships.

He's got the friendship/courtship phase covered on "Be Your Friend," "Do You Wrong" and "Macaroni & Cheese." Once the relationship is underway, he's all about commitment on the album's lead single "Let Me Love On You" and "Ain't Nothin Like The One I've Got." When it's time to lay it down, he sets a sexy mood on "Love You Tonight" and "She Never Had A Real Man Like This." Once the honeymoon is over, he addresses their issues in a lighthearted way on "If You're Thinking About Leaving" and gets real on "Beautiful Woman." And after the relationship has ended, he realizes his wrongs and expresses his regret on the upbeat "Still In Love."

Calvin Richardson has poured his soul into the love songs on Gold Dust and speaks from his heart to ours. The album will drop on October 25th, but SoulBounce is happy to present this exclusive world premiere in advance of its Friday release. Listen to Calvin's love manual, and let him fill you up with his sage advice and soul food.


TAGS:  audio, calvin richardson
Previous: Summer Walker Is ‘Over It’ On NPR Music’s ‘Tiny Desk Concert’ Series Next: Victoria Monét Shows Us How She Got An ‘Ass Like That’