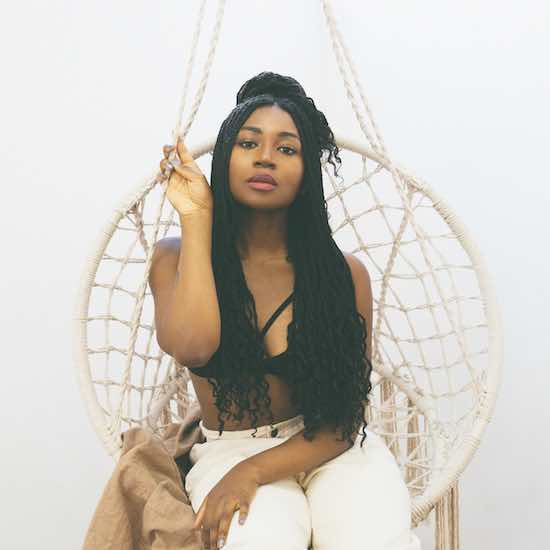 The name Rocky is typically associated with a fictional boxer from a popular movie franchise, but now music lovers will connect that name to Canada's latest musical export. Rocky is a singer, actress, poet and burlesque performer of Cameroonian descent who hails from Montreal and currently calls Seoul, South Korea home where she's made a name for herself on the live music scene. The multi-talented artist born Magda Ayuk published her debut book of poetry and prose, Blue Bird, in 2018, but she has another first on the way with the forthcoming release of her debut EP. To herald Rocky's upcoming recording, SoulBounce is providing an exclusive first listen from the project with our world premiere of the single "How Will I Know."

Like Whitney Houston before her, Rocky is filled with questions about a new relationship on "How Will I Know." This isn't a remake, however. The Defnelson-produced song finds Rocky traveling in her own lyrical and sonic lane, veering far from Whitney's sweet pop confection. Rocky's "How Will I Know" is a moody trap soul meets jazz number that starts with the singer asking "Does he love me?" and formulating her own answers over the course of the song. Her vocals bring to mind a hybrid of Erykah Badu, Macy Gray and Billie Holiday with a raspy uniqueness of its own.

“Love and connection are an integral part of the human experience, and we mainly learn about it through trial and error. So many of us give our precious energy to people who aren’t ready to reciprocate due to where they are on their journey," Rocky expounds about "How Will I Know" and its overall theme. "That’s what this song is about. If a person is treating you like garbage, they aren’t showing you love. Let that ninja go!” Period.

Rocky's as-yet-untitled debut EP is set to drop in early 2020, but be on the lookout for her second single next month as she ramps to its release. Keep your eye on her SoundCloud, where you'll find her mashup of Rihanna and Ella Fitzgerald that is as unexpected as it is delightful. Be sure to follow Rocky on Facebook, Twitter and Instagram for more.