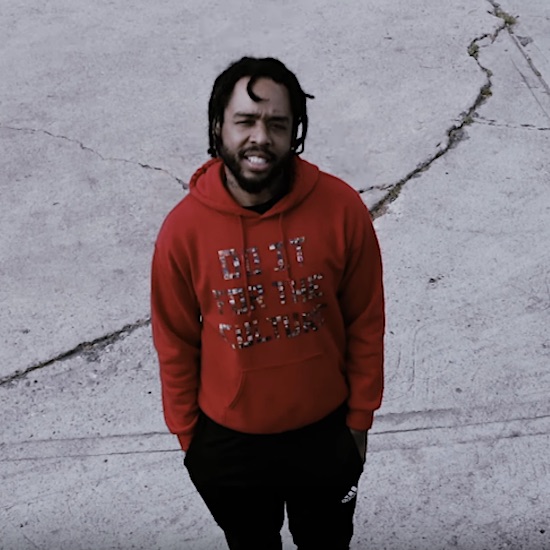 Multi-hyphenate artist Terrace Martin recently took a break from his collaborations with the likes of Salaam Remi and Robert Glasper to focus his creative energy on a solo effort. His latest release, a self-reflective single entitled “All I Own,” tells the tale of owning his demons while celebrating his desire to be and achieve more. Over a track laden with heart-pounding percussion and haunting keys, he sings of the inner conflict often brought on by fame noting, “Pressure bustin’ every pipe I own / Contradictions flood my flow / Exhale my weed, blow out my lows / The mirror sees what my eyes don’t show / It’s like I’m fighting for my soul.”

In the spirit of owning it all, in addition to playing every instrument on the track, Martin also co-directed the accompanying visual alongside Avo Jonh Kambourian. The two take the viewer on a black-and-white journey through the street of Los Angeles. Through their lens, we see everyday people, the recognizable skyline, familiar Crenshaw landmarks and aerial views of the famous city. In an effort to further tie-in the track's theme with the video, the capture ends with a brief cameo of Martin standing alone in the middle of an intersection before the camera pans out. In a brief behind-the-scenes peek at the recording of the song, Martin further explains, “The truth is, all I own is myself. I own the responsibility of being accountable to myself, and I have to face these demons and break through those challenges to overcome those things.”

Watch Terrace Martin’s “All I Own” below, and be sure to add the track to your playlist for an introspective mood from your favorite digital platform. While there’s no word on whether this latest gem gets us any close to the release of his long-awaited, much-anticipated Drones project, we certainly appreciate Martin for giving us plenty to vibe to in the meantime.