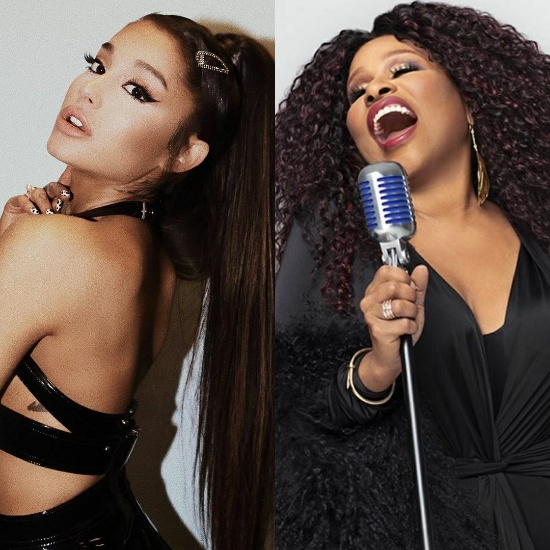 When Ariana Grande shared the tracklist for the Charlie’s Angels Soundtrack a few weeks ago, we knew it would be stacked with her usual collaborators like Nicki Minaj and Victoria Monét. But, one name we couldn’t have ever guessed, and are still pinching ourselves about, is Chaka Khan. Mother Chaka's appearance wouldn't be on a suspicious remake or suspect sample of one of her old songs either but a full-on collaboration with Ariana. For a movie about women's empowerment, it’s only right that the O.G. who sang “I'm Every Woman” makes an appearance on the soundtrack.

Now, how well did the divas of past and present work together? We think Chaka, summed it up best when asked about the track at Variety's Power of Women luncheon, calling it a "cute song" but "not going to change the world." She also let us know she’s just finished a project with Disney, but that’s all she can say about that for now.

Over bustling production of guitar, bass and drums courtesy of Max Martin and ILYA, the ladies let potential suitors know what the business is. Age comes before beauty, with Chaka opening the track by letting the man interested in her affections know that she’s, “Got a job, got a crib, got a mind of my own, honey / But it sure shouldn't mean that you can’t take me home.” Meanwhile, Ariana lays down the rules of engagement. “Ain't got no time for your ego, don’t like it like that, yeah / I could give you sweet lovin’, I'm tellin’ you that,” Grande sings.

We agree with Chaka on this. "Nobody" is a cute song, but it's no "Independent Women, Pt. 1," Destiny's Child's monster jam from the soundtrack to the 2000 film adaptation of Charlie's Angels. The 2019 version of Charlie's Angels hits theatres on November 15th, and the Ariana Grande-co-produced Original Motion Picture Soundtrack is newly released.