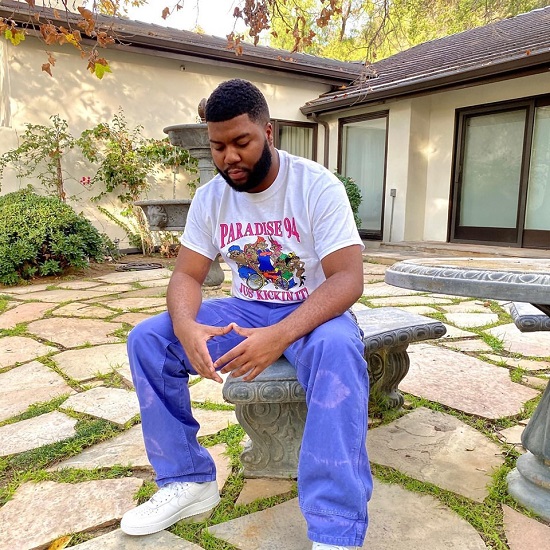 Ever since he dropped his sophomore set Free Spirit earlier this year, singer Khalid has been a busy boy. The R&B young gun has had his fair share of guest spots and high profile appearances. But what's really been keeping the singer-songwriter busy is his Free Spirit Tour. With such a massive undertaking seeing him take the stage across the world, you'd think that he wouldn't have time for much else. You'd be wrong, though, as Khalid has apparently made time for the studio and even dropped his new track "Up All Night" this week.

The song is a chill R&B/pop hybrid that fits right in with the material he's been releasing over the years. It finds Khalid musing about where exactly his life is headed while doing a bit of soul searching. "Take me 'round the world and back again / As I'm searching for my soul out there," he sings on the first verse. "Oh, there's something that I'm wondering / Where I'm going when my story ends." Though that's a pretty deep question to ask, the production keeps things light and airy with a few synth notes, piano and programmed drums that throw back to the '90s.

"'Up All Night' is a song that I wrote while on tour. It’s really special to me and I’m so excited that I am able to share it with my fans so quickly," the singer said in a statement to Billboard. "I've been touring the world, and interacting with my fans each night has been really inspiring. I’m working hard on some more new music to share with you guys soon!"

We've got to give it up for young Khalid's work ethic and his dedication to getting new jams to fans.


TAGS:  audio, Khalid
Previous: Jhené Aiko & Big Sean Keep It Real About Their Broken Relationship On ‘None Of Your Concern’ Next: Brian McKnight Can ‘Never Get Enuf Of U’