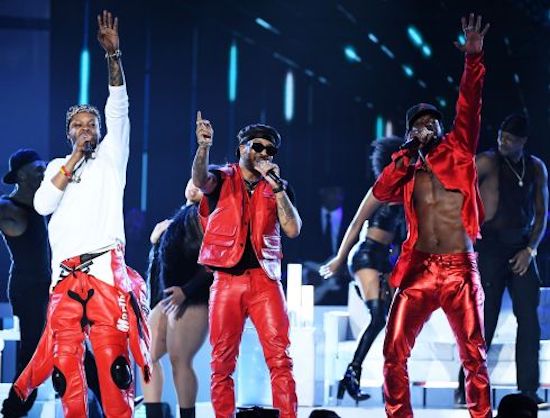 Things got hot and heavy once Luke James, BJ the Chicago Kid and Ro James took to the stage to perform James' latest single "go girl" during the 2019 Soul Train Awards.

The guys managed to ooze even more '90s-swag than before during the live performance, which kicked off with a red satin-clad Luke sprawled out on a bed singing his new ballad "All Of Your Love" before gyrating his hips right on into a rousing rendition of "go girl." BJ followed up next, bringing his signature brand of around-the-way sex appeal to the stage with his cool and soulful vocals. Meanwhile, Ro rounded out this R&B all-star cast by slinking onto the stage with his breezy falsetto.

Throughout the performance, the camera panned several times to the dancing, which represented every shade, body type and curl pattern known to man. Peep the fun and sexy performance below to see how the guys brought the house down this year.