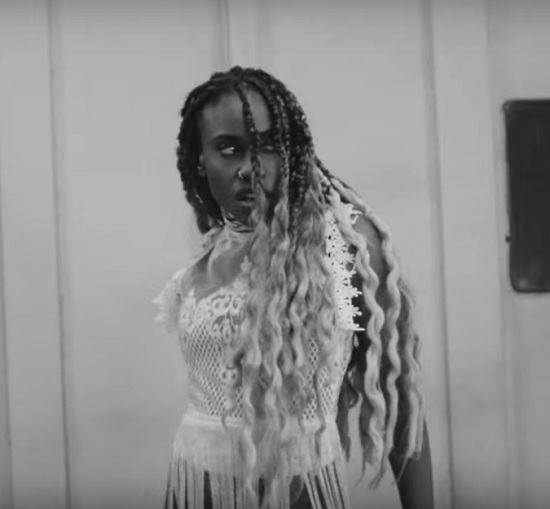 It's been three years since California-based outfit The Seshen released their last set Flames & Figures. And, as you all know, a lot has gone down in the world since then — mostly notably the current political turmoil embroiling the United States. It's almost impossible to be an artist in this day and age without commenting on it and it looks like the band will be doing so when they release their upcoming album CYAN at the top of next year. But you don't have to wait so long to get into what they will be bringing as they've recently dropped the set's first single "DIVE" and its new video.

The song finds The Seshen leaning more heavily into the dance side of things while channeling Little Dragon's enthusiastic oddity in the process. Drums lead the track alongside a bone-rattling hit of bass that propel the track forward. Meanwhile, vocalist singer Lalin St. Juste evokes Yukimi Nagano on the verse. She describes the need to open her eyes in search of light and truth while standing in her own. The video further illustrates that point, with Lalin on her own in a room where it looks like she's been doing some serious excavation. Though it's not certain what, in fact, she's searching for, creative video eating and camera angles make this a trippy watch akin to a sci-fi movie. Even better, the clip ends with an unexpected dance-off between her and a shadowy figure that will you leave you entranced.

"Since Flames and Figures, a lot has been taking place both internally and externally. We were on tour for the last album during the 2016 US election. There was an intense heaviness, a familiar one, one that extends generations and it just sunk in even further," Lalin said of the track in a press release. "This song is about the ground beginning to shake."

It looks like the personal and political will meet when The Seshen's CYAN arrives on the scene. We suggest you get in on  the pre-order now and have your calendars marked for February 28th.